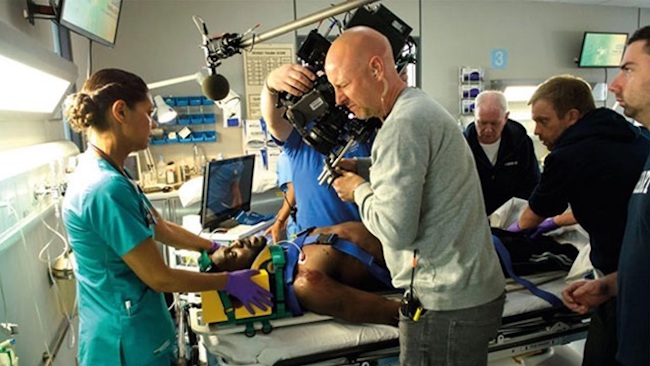 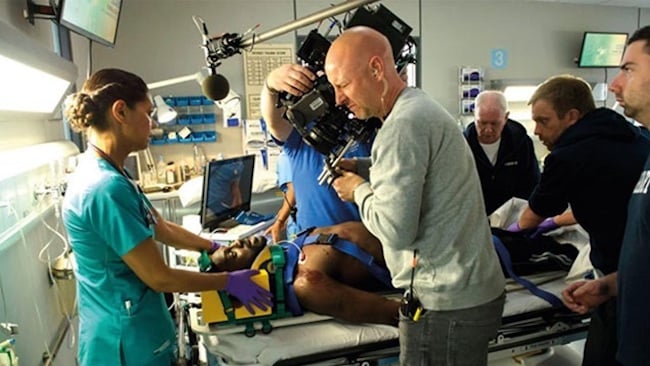 British medical drama Casualty has just finished its 31st series — yes, 31 — with a technically stunning 48-minute episode shot in one take on a single Alexa Mini.

Single-take productions are not new — Hitchcock’s famous Rope, 2015’s Victoria — but they are few and far between on television. This is partly because TV tends to be a bit more of a business and have much tighter shooting schedules, and partly because they are extremely tricky to pull off.

Casualty's 48-minute long single shot is by some distance the longest ever attempted on British television and is notable for one other aspect too. While many single-take films have kept the cast list down in an attempt to keep things simple, focussing very much on the actions of the main protagonists, Casualty threw the entire kitchen sink at this one: full cast, multiple locations, explosions — the lot.

What’s more, there is no cheating. As director Jon Sen says in a brief video the only thing they did have to do was surreptitiously change camera person halfway through as, light though the ARRI Alexa Mini they used to shoot the episode was, the sheer physical effort was starting to make the first camera operator shake and introduce vibration after 20 minutes or so.

Given that one part of the scene involved being seamlessly attached to wires and jumping down from one floor to the other, that’s not really surprising.

There was another reason to shoot on the Alexa Mini in 4K, even though the broadcast was to be in HD, too: the ability to fix in post.

“We could iron out what we wanted,” Sen told Broadcast in the UK. “We shot mainly on Alexa Mini in 4K just in case we needed more stabilisation and to zoom in to eliminate booms. But on the take we used, there were no fluffs, no booms in shot. It was incredible.”

Audio was a complex beast to tame — there might have only been one camera, but the audio necessitated 27 radio mics and three booms — but in the end, all the rehearsal and drills came together. The final transmitted episode was the eighth run-through that took place at the very end of the three-week production cycle.

“It was amazing to be behind the camera, watching people running in with ramps and props with a beautiful choreography,” concluded Sen. “There was a huge sense of theatre. It was very balletic.”