What’s so great about soft light? 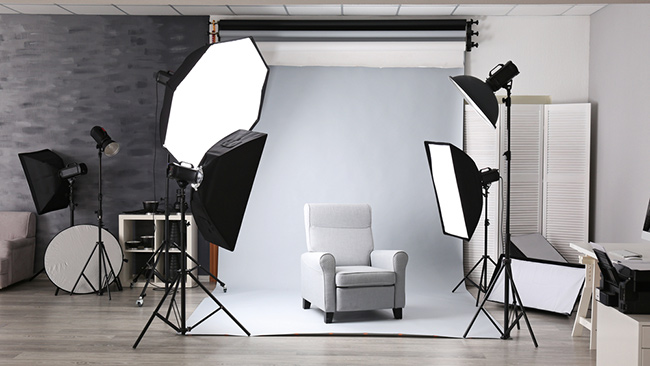 5 minute read
Is soft light all it is cracked up to be?Image: Shutterstock.

Replay: We all love soft light, don’t we? It’s natural and flattering; hard light is old fashioned and looks artificial. And LEDs are a convenient and energy efficient source of soft light that have made most other lights obsolete, particularly if you are on a low budget. Is that all really true?

Well, soft light is natural to the extent that we mostly see the world lit by diffused sources. A cloudy sky, shaded lights, fluorescents tubes and much of the world before our eyes are lit indirectly: light reflected off walls and ceilings. Hard sources in the real world are the exceptions: direct sunlight on a clear day, spotlights, car headlights, projectors, bare bulbs.

And yes, soft light is more flattering on faces, it can wrap itself around the subject in a way that is very appealing. Skin ‘imperfections’ are less obvious, faces become smoother.

Soft light is great for a naturalistic drama when you don’t want it to look ‘lit’. Watch hard-lit films and TV from the 60s and 70s, particularly low-budget ones, and they look to our eyes unacceptably ‘fake’. There’s an unnatural sheen to everything, multiple shadows abound, actors seem to have a backlight that follows them wherever they go and light fittings on sets (practicals) cast shadows when they are supposed to be giving out light.

The problems with soft light

But soft light brings its own problems. Firstly, soft light is very inefficient. A soft (diffused) source has to emanate from a large surface area, like through a diffusion frame or bounced off a white reflector, typically, an 8’ by 4’ sheet of expanded polystyrene or foam core. This not only means a lot of light is wasted but the light source itself is, almost by definition, big and awkward.

Soft light is difficult to control; you can’t flag it or focus it. In a small room, a couple of soft sources may just flood everything and the result is something very bland. It’s unlikely to be offensive, but it may just be flat and dull.

Ideally, we want light to be soft without being flat — we want contrast, we want to be able to have inky black shadows as well as that flattering wrap-around softness — and that is almost impossible in small spaces with white walls. Natural is one thing, drab is quite another.

Soft light was once not an option

Because soft light is inefficient, it didn’t really become an option until around the 1980s when film stocks and cameras became more sensitive. In the movie heydey of the 40s, when studios were huge and lenses and film stocks slow (Technicolor had an ISO rating of around 5), 10Kw tungsten lights and carbon arc brutes were essential. To work at those lighting levels with soft sources would have needed an unfeasible amount of power. For this reason, films lit mainly by hard light may look old fashioned or theatrical, but if you try and emulate a classic Hollywood studio look, be warned: those guys knew what they were doing — parodying it is one thing, emulating is another.

Hard light comes from a point source — generally the filament of a lamp or a source that is focussed to a point. This means the lamps are inherently smaller and more efficient.

The magic of hard light

But here’s the great thing about hard light: it can be magic. It accentuates colours and textures, objects snap into life.

Not only is it efficient, but you can park your light a long way away from your shot and your foreground and background have relatively similar light levels. Do this with a soft light closer to the scene and the light will fall off noticeably. A strong light, further away, creates more even lighting than a weaker source closer to the subject.

It is often said that you can think of the art of a DoP as deciding where the shadows are — it is more about taking light away than adding it in. You can have fun with hard light, you can control it. Barn doors help control where the light falls and flags will cut the light cleanly, creating hard shadows exactly where you want.

You can play with those classic film noir tricks: shafts of light through blinds and shutters and looming silhouettes. You can create drama.

What about the light sources themselves? At the lower end, LED lights seem to have taken over. LED panels are convenient, efficient in terms of power and cool to run. Some let you dial in the colour temperature and even have add-on special effects to emulate fire flicker and TV screens. Yes, they’re great.

But LEDs have their problems too. In the past, colour rendering was poor, but in the last couple of years they have improved enormously and any LED from a reputable manufacturer should not give you colour problems (but cheap Chinese knock-offs on eBay probably will). But here’s the thing — unless they are large, they are not really that soft.

I’ve seen LED lights about the size of a paperback book laughably branded as ‘soft lights’ — well they’re not (unless you are photographing miniatures). I’m also puzzled by ‘soft box’ diffusers that are hardly bigger than the lamp itself — putting a diffuser a couple of inches away from the source is not going to make that light softer either unless the diffuser is substantially bigger. Putting layer upon layer of diffusion on a light doesn’t make it softer either — it just makes it dimmer. Soft light has to radiate from a large surface area.

You can make a hard light soft but you can’t make a soft light hard. One light that is a favourite of mine seems to have fallen out of fashion — the 2KW Blonde. A simple, open-face light with a quartz bulb, you can pick one up on eBay for under £100 (or rent for about £15 day). Robust, lightweight, they give out a lot of light and bulbs seem to last forever. They are 3200K in colour temperature but there’s enough light output that you can easily add a blue or a half-blue gel to match daylight sources and, as far as colour rendition is concerned, that light is about as good as it gets. Blast them through a window to simulate daylight, light up buildings in night exteriors. If you want soft light, aim them at a 8’ x 4’ sheet of poly. If you want to light up a room in a very quick and dirty way, bounce them off the ceiling (please, don’t just flood the ceiling with a light but choose an area on the ceiling to be your light source). A Blonde and an 800W Redhead will run safely off one 13Amp UK mains socket. Yes, they are power-hungry and get hot, but that is really the only drawback.

And if you are really low-budget or no-budget, it can be cheaper than that. Industrial quartz lights are cheap and efficient and, although they are not as easy to control or position, can give you hard or soft light using the same principles. Ingenuity here is key. After all, a reflector is just a big white board, a flag is a big black board and a lamp is just something that holds a filament. The magic is not the equipment itself but knowing where to put it. Professional kit just makes that task a whole lot easier.