Using the ARRI Alexa Mini as a stills camera 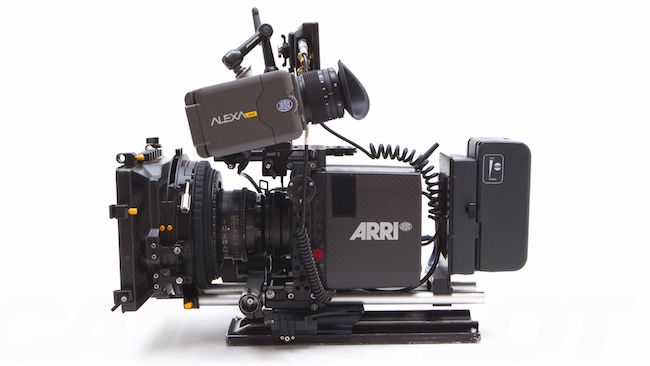 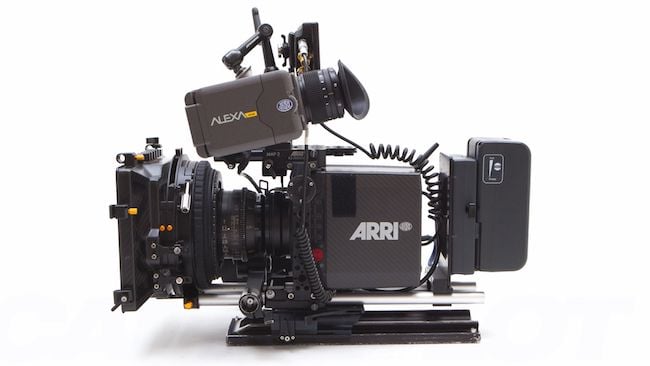 Opinion: Using the ARRI Alexa as a stills camera? But it's not even 4K! And yet, it is being used for exactly that purpose. By Adam Hamer

The Alexa sensor has a wide pixel pitch allowing for great low light performance as well as the ability to resolve rich detail in shadows and smooth gradation in highlight roll-off.

The Alexa mini, when shooting in open gate, full resolution mode at 3.4K translates to roughly 7.5 megapixels when individual frames of video are extracted and processed into still photos. The sophistication and quality of this imaging system present a unique opportunity to combine professional digital cinema capture with the ability to simultaneously create publishable photos.

After colour grading a Log C image from an Alexa Mini, you can continuously output photos of each frame. With the Alexa’s rich skin tone detail, this presents a unique option for high-end fashion stills. Combine this with the Alexa Mini’s ability to capture high-resolution in stunning detail and you have an underrated recipe for visual magnificence. Capturing slow motion digitally on the Alexa allows for stunning video and professional stills to be created at the same time and when post-processed and mastered usable for ultimate release and publication.

7.5 megapixels are more than enough to create a high-quality print roughly the size of a magazine page. The maximum dimensions one could create a high-quality (300ppi) print from a 7.5mp image are 10.5”x 7.75”. This means that, from a technical standpoint, one could easily create high-quality imagery and video simultaneously for broadcast and for print when looking at using the Alexa Mini for stills and video. With the Alexa’s sophisticated colour science and internal processing, the benefits of using it for magazine-sized prints are easy to see. Combining still photography and cinematography units on a set that requires both would reduce the cost of the production, as one operator and camera crew could be hired to execute the raw masters that would be used to create both the release video and photo prints.

The ARRI Alexa revolutionised the very nature of digital cinematography. At its core, the Alexa possesses a nine-year-old sensor design that has become the gold standard of the motion picture industry. Favoured by cinematographers everywhere, it has helped to bridge the transition between film and digital. Today’s world of modern DI computer carts recording raw bayer data streams from high-tech camera systems is a far cry from the early days of keeping film mags safe from the elements. ARRI cameras were there the whole time, with their 100-year anniversary on the horizon. Will they announce some new groundbreaking tech? Time will tell.

When Arri debuted the new Alexa 65 system at Cinec 2014, a tectonic shift in the industry occurred. The era of medium format cinematography had arrived. ARRI announced that the sensor design is identical to that of the Alexa, though much larger in scale. This is a testament to the integrity of the Alexa sensor’s engineering design.

Want greater resolution and a larger sensor? No problem, ARRI dropped the Alexa 65 behemoth and reinvented the 65mm format for the digital era. Vision Research attempted to create a 65mm industry standard camera with the Phantom 65 but that imaging system is no longer in production. When more Alexa 65 units are available in the future, the potential is unlimited. It becomes more likely that in the future landscape of media, professional stills and video will likely merge using the same camera crew.

A 65mm image plane is medium format, the favoured format of still photographers worldwide. With its massive imaging plane, a 65mm negative creates a lifelike impression of its subjects, rendering an organic image with an incredibly fine grain structure. On high-end productions, if an Alexa 65 could be sourced for a stills and video campaign, both tasks could be executed simultaneously by the same technician. This type of lensing would likely produce some truly amazing end results. After all, the vintage lenses for the Alexa 65 that ARRI markets as vintage 765 are simply rehoused Hasselblad stills lenses, the brand favoured by pro photographers worldwide. Combine the amazing image quality of a medium format Alexa sensor paired with some of the best optics in the world, and the possibilities for the convergence of cinema and pro photography are looking very bright. The resolution provided by a still extracted from an Alexa 65’s raw data video stream, could be used to create a high-quality billboard. The ability for companies to create medium format digital cinema and 300dpi billboard size equivalent prints satiates the majority of current broadcast usages of visual imagery currently employed in modern media.

Using the ARRI Alexa camera system provides a powerful platform to create stills and video. This camera’s strength in resolving skin tones makes it an exceptional choice for productions worldwide. When the Alexa is used concurrently to create motion and stills, this streamlines the editorial and post process, eliminating the need for hiring multiple technicians. The promise for economic savings for advertising producers worldwide is also quite appealing when considering the combination of the two roles for video and photo into one streamlined unit. This would enable companies to save on costly investments by not having to hire two separate professionals, one video and one for stills, but rather to pay one camera crew to perform both tasks simultaneously.