Whatever happened to the film look? 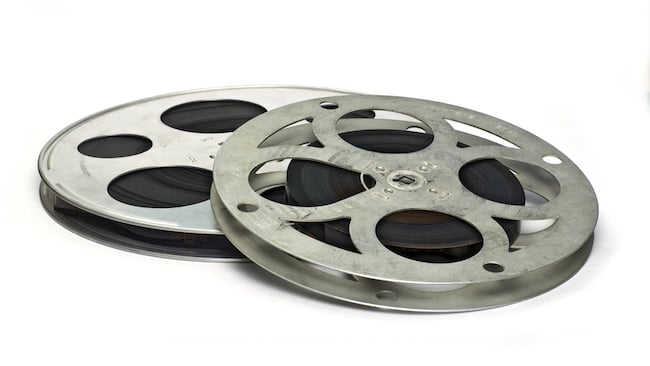 Film: It results in more than just the one look y'know...

Have we finally got over the whole “film look” thing, or have we just realised that the debate was never really about film to begin with?

It's one of those phrases that was once so commonly used as to be almost invisible, and most of us have probably suppressed a sigh in response to directors who actually used the phrase. It's such a hopelessly unspecific reference that one of the best responses is to ask which film they're talking about, and to turn the job down if the answer is a film stock rather than a production. Even so, it had become very much part of the day-to-day vernacular of low-budget and independent filmmaking, alongside phrases like “deferred pay,” “which camera do you own” and “the cheque's in the post.” It was such a common phrase for so many years that it was quite easy to overlook the fact that people had more or less stopped asking for it, until it recently popped up in a forum post.

Crikey, one might think. What is this, 2003? If we were to look on the bright side, we might assume that people might have stopped asking for a film look because they're peripherally aware that even Hollywood only occasionally shoots 35mm anymore, and that the look they're trying to replicate is no longer dependent on photochemical origination. This assumption credits the average denizen of Craigslist with a perhaps-unlikely level of technical awareness, of course, but at least we've moved on from the assumption that films look like films because of the technology they're shot on.

The problem is that the phrase “film look” has to some extent been replaced by the phrase “cinematic,” a term that's even less specific and even more difficult to relate to mundane, everyday but nonetheless essential concerns such as which sort of lights we should use and where we should put them. A film look, in the strict sense of photochemical film, at least has a few characteristics that would be recognised by most people: deep blacks, gently controlled highlights and perhaps a bit of grain, but it's easy to get the impression that most of the people who use these sorts of terms don't really have those things in mind. They're being much more general, which is the problem. Anyone with half an idea about what they want a production to look like should be able to say much more than just “I want my movie to look like a movie.”

Well, of course you do, unless you're Lars von Trier, but that's another matter entirely.

Some directors are more image-oriented than others, and there's absolutely nothing wrong with that. Contrary to popular belief, there's no one way to make a movie. While crewing practices tend to become more regularised with increasing budget, the relationship between the director and the director of photography remains extremely flexible, which is probably why particular pairs of people end up working together so frequently. An argument has often been made that a film director should have at least some interest in the image, but there's no points for effort here. Given good results, the division of labour is a matter for the individuals concerned.

And that's really the point. There's a difference between letting the camera department handle the camerawork, which is fine, and demanding a film look, which is meaningless. Good riddance, then, to the film look, whatever it might once have meant to anyone.

And while we're on the subject, let's establish a swear jar for “cinematic,” too.