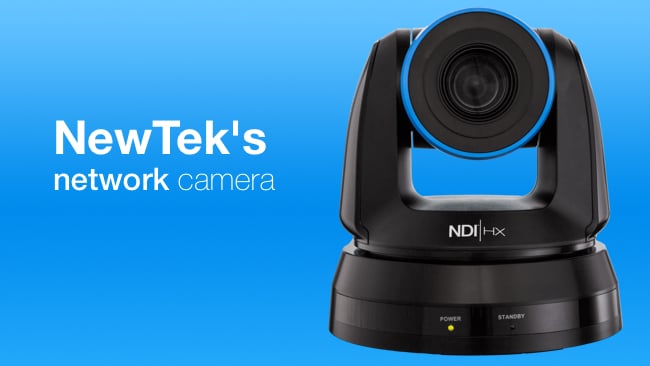 NewTek proves that good things come in threes, with the announcement of an IP-Native camera, new - and wireless - video to IP converters, and the release of version 3.0 of NDI.

NewTek’s NDI ecosystem is gathering power and momentum today with the announcement of three new elements to the openly-available video over IP technology. If you’re not familiar with NDI, here’s a quick primer.

Traditionally, video has been sent from point to point using SDI. Most cameras either have SDI ports or HDMI. It’s easy to convert between HDMI and SDI without quality loss.

To get digital video onto a network, it has to be encoded as an IP stream. Once this has been done, it can be routed just like any other type of digital data, with the notable exception that the “signal” will be continuous and contain a lot of data.

Lots of companies are working on Video over IP. Some are working with uncompressed video, which demands very fast, mostly dedicated networks.

NDI compresses the video but does so gently so that it remains broadcast quality. This NDI-specific compression is low-latency - there are no delays; and it’s accurate. Timing is precise and as deterministic using SDI but massively more flexible as there is no need for physical matrix routers.

NDI is easy to use: just select sources and destinations from a menu. The system takes care of “discovery”: Just add a new source or destination and it appears to all the other connected devices.

First, NDI 3.0 is here, and as befits an integer release, it’s a big one - the biggest so far, in fact. There are overall efficiency improvements with faster encoding.  And there’s good news about compatibility: it’s compatible with past versions as well as future ones too, with minimal changes needed to applications to support it.

Perhaps the biggest deal with NDI 3 is Multicast.

NDI handles this simply and transparently and allows the system to fall back to conventional Unicast mode if necessary.

Here are the other new features in NDI 3:

That Pan / Tilt / Zoom support is in there for a reason.

The second announcement is that NewTek now has a PTZ camera that speaks NDI natively. The camera needs only one cable carrying the video signal, PTZ data and power. So it’s easy to install and set up. In fact, it’s completely “plug and play”. 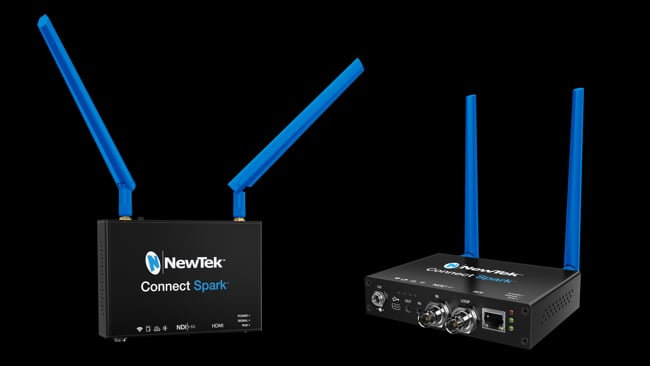 Finally, to help to bring non-NDI devices into the IP video world, NewTek is releasing Connect Spark. This accepts SDI or HDMI connections and converts the signal to NDI - not just via a wired connection but via WiFi too. This opens up all sorts of possibilities for wired and wireless topologies and most importantly makes it easy to bring virtually any existing video device into the NDI ecosystem.

NewTek Connect Spark devices can convert up to 3G SDI or HDMI 1080p with loop through. They will also allow recording in MP4 to an SD card or USB drive. Recording is controlled and configured through a web interface.

Connect Spark devices will start shipping on August 1st starting at US$ 499 MSRP.

NewTek’s decision to bypass the usual standardisation process and develop their own end-to-end system is paying off. We’re told that literally hundreds of third parties - including major names - are adopting NDI. At the very least this makes it a de-facto standard. Ultimately it might be the one system to dominate the industry. It’s already well on its way to do so.

NDI may not have followed a standardisation procedure, but it is openly available to all, free, and comes with a detailed API.

This means that NewTek can make the maximum use of available and future technology, without the inevitable delays that standardisation would incur. We think that this, together with their openness, has put them in a virtually unassailable position of ubiquity for production quality IP video.