RED Hydrogen: Does this change the game for smartphones? 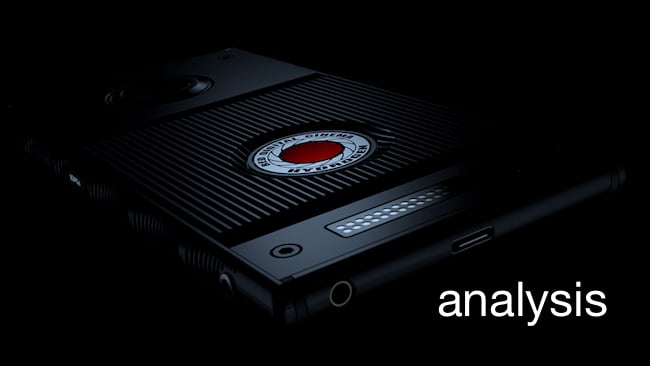 Has RED just managed to change the course of two industries at once?

In many ways, the RED Hydrogen press release poses more questions than it answers. Whatever the details of the new system though the suspicion is that RED has moved the bar — again.

Well, there were rumours about a smartphone which I utterly and with complete certainty dismissed. My money was on a solar-powered unicycle with 17 gyroscopes. But RED Hydrogen? Really didn't see that one coming.

So, what does all this mean? It could mean an awful lot. It might just be a passing curiosity. Remember Amazon's 3D phone? It sank without trace, but — possibly — deservedly so. Because it wasn't good enough — even according to Amazon.

Because with any 3D display, the first thing you have to ask is: what's it like as a conventional display. And with every predecessor to this phone, the answer has been, "meh".

With this one, we're assured that it's a fantastic, full-resolution display in 2D mode. That's a very, very good thing.

It's not even clear exactly what this Holographic display actually is. We know that it's different to 3D. So it's better than stereoscopic. I assume that means that you can tilt the phone's display in any direction and still see a 3D image.

It's going to link into RED's camera system. This can mean an awful lot of things, but it's incredibly exciting, because it suggests that the technology is scalable, and that it might be - just might be - something that takes over from the faltering stereoscopic 3D "Standard".

The press release poses more questions than it answers. But there's reason to believe that not only is this a real product, it's a real, very significant advance that's going to be available to everyone for around the price of an Apple iPhone 8.

At this early point, that's exactly what I am.