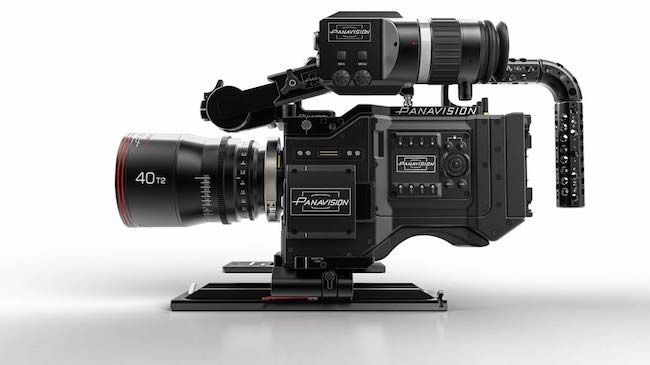 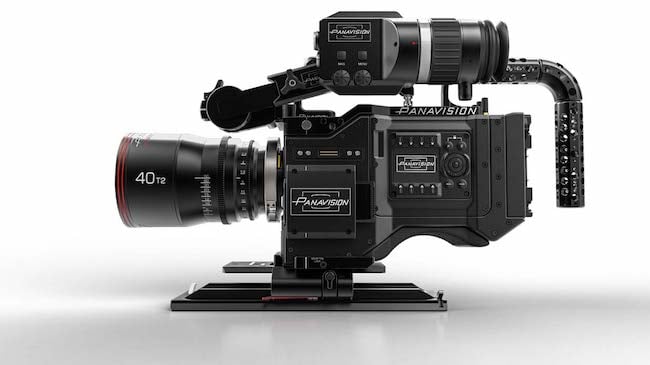 Panavisions' RED-powered DXL: one of the trio of platforms pushing large format forward

Large format cinematography is in high demand in today’s cinema production landscape. In Part One of our look at this growing field, Adam Hamer looks at the sensors and lenses that are powering it.

Large format camera systems utilize an imaging sensor which is larger than the traditional cinematic imaging plane of super 35, or Academy Standard 3 perf motion picture film. The large format imaging systems in use today range from full frame (35mm still film), VistaVision, all the way up to 5 perf 65mm film (Alexa 65 is the digital equivalent) and topping out at a whopping 70mm negative for IMAX feature films. As futureproof systems capable of creating eye-popping imagery, the rebirth of large format cinema will continue to see a resurgence and a spike in market share. Feeding a constant desire to create larger scale and finer quality imagery, top content producers are seeking out the look created by utilizing a camera with a large active imaging area.

The sensor technology for large format cinematography is dominated currently by three digital cinematography platforms (soon to be four, with Sony’s recent Cine Gear 2017 announcement that it is developing a full frame cinema camera): ARRI's Alexa 65, RED's 8k VistaVision Weapon, and Panavision's DXL powered by RED’s 8K VV Sensor with custom color science and OLPF engineering by Light Iron. These sensors vary in physical size from the 40.96 x 21.6mm of the RED VV sensor to the absolutely massive 51.12 x 25.88mm size of the Alexa 65 sensor. Such large sensors allow for an absolutely stunning pixel pitch to be maintained while simultaneously capturing incredibly high-resolution video. Pixel pitch refers to a sensor’s overall pixel size, which affects the system’s sensitivity to light, playing a pivotal role in determining overall image quality. The more light-responsive a sensor is, the more accurately it can render and define minute shadow detail and highlight roll off.

Analyzing the list of cameras used on the Sundance film festival selections this year, an interesting trend is observed. More films are being captured at least partially (B Cam unit), with the Sony A7S camera, a compact mirrorless system sold primarily as a consumer product. Why would a small form factor, mirrorless sensor camera be desirable for cinematic performance at such a high technical level? Amongst other factors, it is one of the only large sensor (full frame) cameras that shoots native 4k video.

The influence of the A7S in terms of festival presence and industry adoption shows that the power of full frame cinema imaging should not be underestimated. It should be noted that although the A7S is a high-performing, large format camera, it only records color in 8-bit depth. While 8-bit is sufficient for the majority of monitoring systems today, it is not ideal for FX work or advanced color mastering, thereby creating a vast difference in technical ability between the A7S and a more traditional cinema camera. Not only are independent content creators flocking to the A7S for feature usage, but also the studios as well. Screen Gems has recently publicized its intent to shoot many of its upcoming horror feature films on the A7S. This is a testament to the widespread adoption of large format sensor tech.

Why is a larger imaging system more desirable? For one, the format's ability to recreate spatial reality with physics that more closely represent the optics of the eye. Another significant reason is projection size. Randy Wedick, Head Technical Consultant at Band Pro Film and Digital, comments on the nature of image size in relation to the final, projected result. The magnification required to project large format negatives to a screen is far less than with a smaller imaging system. The lower magnification ratio affects image quality for the better, creating finer pictures and less overall grain. If the magnification is decreased, signal to noise ratio is correspondingly increased, resulting in a cleaner master file and print for public exhibition and archiving.

For many years, the lack of cinema lenses that were capable of producing an imaging circle that could cover the entire area of large format sensors without vignetting prevented widespread industry adoption. With more of the world’s top lens makers taking up the mantle to manufacture high-quality lenses with full frame and beyond coverage, there has never been a wider selection of class optics to choose from. Beautiful optical formulas covering full frame and up to Alexa 65 (65mm) are emerging in droves. From Cooke's S7/i full frame lens series, Zeiss’ NAB 2017 announced CP.3 lens series, Angenieux’s EZ Zoom, Panavision’s legendary 65mm lenses to CW Sonderoptic’s thoughtfully designed Thalia lenses, full frame and larger lens coverage has quickly and readily become accessible. This availability of top quality glass has quickened the demand for large format cinematography as the primary system used by studio feature films when budget permits.

Fine quality master and release prints can be exacted from the ultra high-resolution imaging areas of large format cinematography systems. For example, utilizing Panavision’s 8k Millennium DXL Camera and lensing in 8k produces a full quality 4k master print which perfectly satiates the Nyquist limit’s ideal frequency parameters. These final masters offer greater image latency and will ultimately prove to be a draw for theatrical exhibition returns. As projection systems climb higher in resolving capability and broadcast inches towards the inevitable 12 and 16K monitors of the future, ultra high resolution, large format master files will be of great value in an ever-changing market climate. Embracing a higher resolution, larger format system now, will help creators to move to the forefront of the market for professional cinematography and broadcast.

The future of large format cinematography has arrived with the return of large format optics, the arrival of high fidelity, ultra high-resolution cinema cameras and the arrival of computer systems capable of handling the data rates needed for this type of professional work. Large format cinematography platforms offer greater creative possibilities and a larger canvas from which filmmakers can draw from for their creations. Large format cinematography offers massive palettes for VFX artists to work from.Preparing for the inevitable shift to high-res public exhibition in the future, companies position themselves at the forefront of the industry by imaging feature films and prestige projects in as large and as true to life a format as possible.

Adopting large format cinematography will not only ensure the highest quality negatives but also a much longer technical lifespan, as the film will continue to only improve as exhibition standards grow with time. Utilizing large format cinematography is a way tofuture-prooff a large cinematic investment. For example, an Alexa 65 ARRIRAW or 8k 3:1 R3DCODE film today will be worth its value over time when compared to the costs saved shooting on a lower resolution format. As higher fidelity master and exhibition prints are created in greater resolution, and as the standards of broadcast and exhibition improve in the near future, a long lifespan for large format, high resolution productions is ensured.

In the next part of this article, join RedShark as we talk to top editors and discuss the workflow necessary to accommodate both high resolution and large format imaging systems in future post facilities.