GH5 - what do we mean by cinematic? 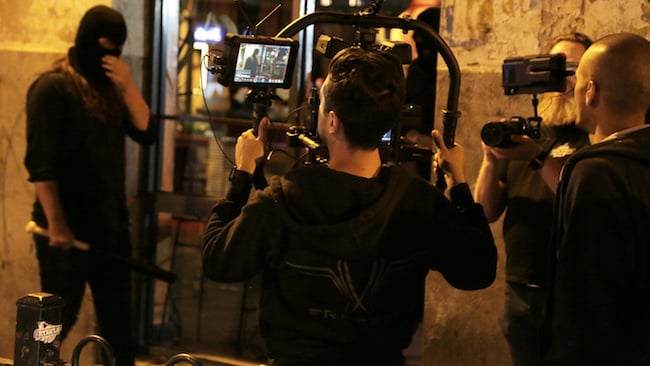 We've just been having an interesting discussion in the comments to this article about capturing 10-bit video from a GH5 onto an Atomos Ninja Inferno.

Some of the commenters think the short film looks a bit like video. Others that the dynamic range is a bit curtailed by a sharp cut-off in highlights.

And this, from "CaptainPotzdorf" is downright fascinating:

"We are so used to crappy 8-bit color from other codecs, that the richer colors of the 10-bit GH5 footage seem reminiscent of the excellent video quality we see on TV, hence we perceive it as more video-ish, when in fact, it is better. In this theory, it's our perspective that is twisted by years of lower quality video."

And this wisdom from "David R":

"Digital video doesn't look like film. So what? Digital is developing its own aesthetic these days that in many ways exceeds the capabilities of film. Regardless of what you may think of the aesthetic choices in this film, the GH5 brings a lot to the table for its price and recording in 10 bit 4:2:2 high quality codecs is miles ahead of the in camera 4:2:0 8-bit for grading flexibility. These days "cinematic" looks are more a product of lighting, composition, movement and grading choices than camera limitations. In short, the applied skill and creativity of the filmmaker. The camera doesn't have an automatic "cinematic" setting."

Everyone seems to agree that the camera is capable of impressive sharpness.

My view, as I said in the comments, is that this is one short film, shot with zero budget, in a very short time, mostly in sub-ideal artificial lighting. It probably represents one of hundreds of possible outcomes as far as the look is concerned. It represents one person (or one small group of people's) idea of what it should look like. It's not a forensic catalogue of possible looks from the GH5.

Sharpness is not the only factor that can modify the subjective impression of a film. There are dozens of them. I just want to mention one. It's aspect ratio.

We saw in this RedShark article that merely cropping to give a cinematic width to footage can make the viewer feel that the actual image quality is better!

Given that the film was made virtually overnight, with almost zero budget, with friends as actors, I think all concerned deserve a "well done"; not just for making the film but for sparking a really fascinating debate too.

"What does 'cinematic' actually mean other than 'not like video'? As I've said before, video does not look like video anymore and not everything shot on film looks that good.

"Every camera test shot by an experienced DoP for the manufacturer looks great - they are designed to play up the strengths not the weaknesses of the camera. The look of camera tests shot by less experienced people tend to tell you more about their skills than the camera itself.

"If this film looks 'video-ish' it is really much more to do with how it is lit and how it is graded. I'm sorry, but cameras really don't come with a 'secret sauce' - the secret is with the human being behind the camera. Some cameras just make that job easier."

Here's the video again so that you can see what everyone is talking about.