Coupling the GH5 with a Ninja Inferno 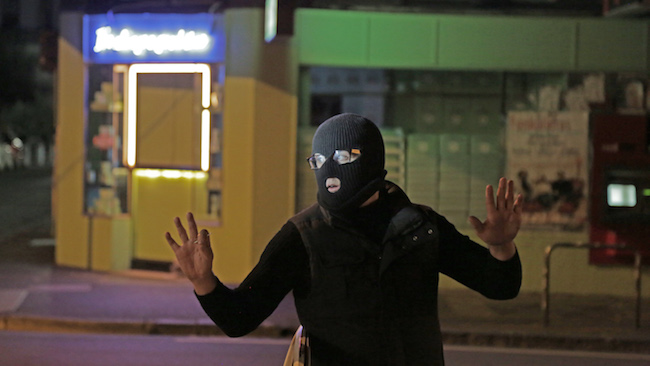 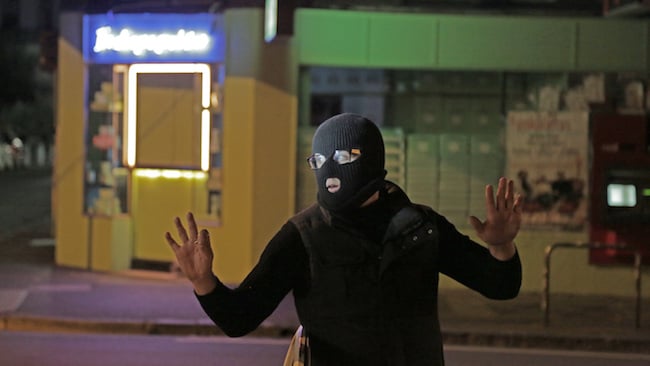 The GH5 and Atomos Ninja: no need to steal to fund them

The Panasonic GH5 combined with the Atomos Ninja Inferno is an interesting combination for budget-conscious indie filmmakers.

Here’s an interesting production story that we got in from Atomos, whose Ninja Inferno upgrades the GH5’s 4K 60p recording options from the internal 8-bit 4:2:0 Long GOP to 10-bit, 4:2:2, ProRes/DNxHR, thus making an already useful camera even more useful at the pro level.

A new micro-budget short ‘Secret Recipe’ is the story of how a misunderstanding over a $4 pizza leads a mafia boss to order a gangland robbery. Shot entirely using the Panasonic GH5 and the Atomos Ninja Inferno monitor recorder, this visually impressive short shows just what can be done on a limited budget with these tools.

When filmmakers Yael and Mark Naidoo set out to tell their story they had a very small budget but still wanted to create something cinematic. Despite having just a night and a morning to shoot, by the looks of it they captured a terrific range of shots using the GH5 and Inferno.

Most were shot by mounting the set-up on a brushless gimbal, but they put the GH5 on a drone too.

More importantly, they also coupled it with Ninja Inferno.

As we've reported before, add these two together and you can record the HDMI output of the camera in 4K 10-bit 4:2:2 direct to industry standard Apple ProRes or Avid DNxHR formats, right up to the full 60fps.

“People have a preconceived notion of what a Micro 4/3 camera is capable of and I think we successfully challenged that. The GH5 and Ninja Inferno are capable of great, cinematic results when used together,” said DP Yael Naidoo.

­­The GH5 and Ninja Inferno were paired with a selection of Canon and SLR Magic lenses. The size of the setup made it perfect for using with a MoVI brushless gimbal, and Flying Dragon Aerials flew both the camera and the Inferno on a Freefly Alta 6 drone.

The film was shot on the GH5 in Vlog, into the Ninja inferno to Pro Res HQ at 4K 25p and slo-mo at 4K50p slowed down to 25p The majority of the shots were on the brushless gimbal, using an Atomos power station to power the GH5.

The team used subtle lighting to keep it looking as natural as possible: “The workhorses were LupoLux DayLed 1Ks on Vlock batts for portability. For close-up shots we used the Swit Soft Led disc light.”

In fact, most of the budget went on hiring the only other light – a big Arri M18 to balance the light level in the Pizza Bar for the day scene.

It was edited by Michael De Florio of Point of View Media, and colorist Juan Melara coloured it in REC 709 and HDR, and brought the tones of the V-log to life.

And here’s the money quote: “When it came back in three pieces and I stitched it together, my God, l could not believe the vision that came out of that camera and Atomos monitor,” De Florio said.

Have a look and see what you think below.