35mm: the format that refused to die 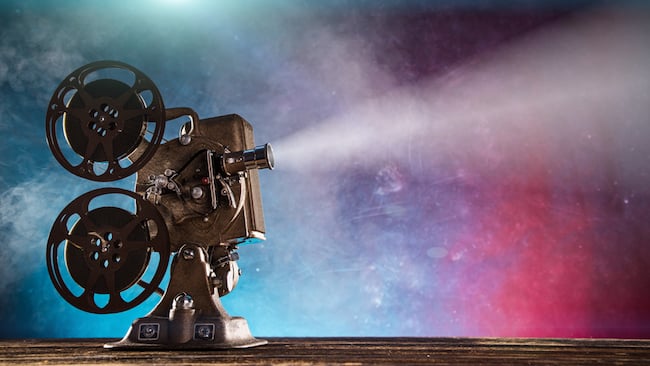 Seven years ago it looked like 35mm was a dead format. In the digital era though it still seems to thrive, with Kodak's recent announcement that it has re-opened a lab at the UK's Pinewood Studios - by the looks of it to support the Star Wars franchise - part of an increasing amount of background chatter that's becoming difficult to ignore.

There was a time – let’s call it 2010 – when celluloid had passed its sell by date and digital was set to rule. Kodak had manufactured its last roll of 35mm (having barely survived bankruptcy in 2004); Deluxe and Technicolor merged then shuttered their labs around the world and even Martin Scorsese was making stereo 3D (a trick not so easily managed with dual sprockets).

But die-hard cineastes have had a last hurrah. Kodak has just re-opened a lab at Pinewood Studios in a deal which will last until 2022. That’s not coincidentally the timeframe for Disney’s planned 10 Star Wars films of which JJ Abrams’ The Force Awakens and Rian Johnson’s The Last Jedi (Episode VIII) are 35mm shows (Rogue One went suitably rogue and shot digital). They are all camped in Buckinghamshire.

As is James Bond. Kodak has taken space in the Ken Adam building and will be a cert to handle dailies for 007’s next outing given the success DP Hoyte van Hoytema made with 35mm for Sam Mendes’ Spectre.

While the lament that electronics could never hope to capture the magic of the chemical process was always a bit whimsical, many cinematographers have found it hard to match the aesthetic qualities of negative in digital form.

Even where digital is used, DPs regularly turned to old style optics and anamorphics from Cooke or Panavision to give their work an idiosyncratic or romantic look, often with a flare effect or bokeh which can’t quite be recreated without them.

The cost argument was never quite proven either. Shooting video may allow a production to shoot as much as it wants without needing to finance each reel, but there were ‘hidden’ costs to digital in post production from data wrangling to storage.

Most importantly, film was championed by directors like Christopher Nolan and Quentin Tarantino. So successful was Nolan’s original Batman Begins (2005), there was no way Warner Bros. wasn’t going to acquiesce to the director shooting the rest of the franchise and whatever else he wanted on the format.

That includes Dunkirk, Nolan’s new epic which is not shot with any 35mm at all. Having lensed sequences of his previous films including Interstellar on IMAX 70mm, this time the entire film is shot on 65mm negative. Seventy percent of the film was shot on IMAX which is 65mm 15 perf. (1.43:1). The rest was shot on 65mm 5 perf (2.2:1) on Panavision cameras (the negative is 65mm, the print is 70mm). Each day the rushes were sent back to Fotokem in LA for processing. Travelling with Nolan during principal photography was a 70mm projector on which he could view dailies.

While such a cumbersome set-up is not for everyone, he and other director’s insistence on retaining film at least as a choice for acquisition forced the studios to force Kodak’s hand. In 2015 the firm reversed its decision to stop making 35mm film and promised a limited supply of stock to Hollywood for the foreseeable future.

Over the last few years, the format’s renaissance has been remarkable. Boyhood, Interstellar, The Grand Budapest Hotel, Inherent Vice, The Imitation Game and Foxcatcher were all 2015 Oscar nominated pictures photographed on film. 2016’s awards front-runners Carol, Bridge of Spies, The Hateful Eight, Joy, Black Mass, Son of Saul, The Big Short and Steve Jobs were also, in whole or in part, 16mm or 35mm originated.

And the choice of shooting on 35mm or Super 16mm film had a clear impact on the 2017 cinematography Oscar race including La La Land, Fences, Jackie, Nocturnal Animals, Loving and Hidden Figures.

Not without some justification then “movies captured on film are winning nominations and awards at a disproportionately high rate,” claims Steve Bellamy, president of Kodak Motion Picture and Entertainment. "Film benefits from the world's greatest motion picture artists using it, but the world's greatest motion picture artists also make better movies because they use film.”

While shooting film is no guarantee of quality, it does seem to add a certain ‘kite mark’ of auteur intent to the filmmakers behind it.

Nolan, for example, has managed to get Dunkirk released two days early in cinemas with 35mm or 70mm projectors. Perhaps this high-profile endorsement will give a shot in the arm to the art of physical film projection, even if only temporarily (120 years of cinema projection is about to upended entirely by so-called direct view TV panels sold by Samsung and Sony).
In response to this resurgence Kodak also recently acquired a film-processing lab in Atlanta, where film is being processed for The Walking Dead and it has also built an entirely new film lab in New York.

Nor is Kodak the only lab in town. Cinelab in Slough has been flying the flag throughout the period when everyone seemed to be deserting the format, making a living by processing the dailies of a few film projects that were being commissioned but mostly by offering an archiving service.

Let’s not forget that film is the only medium ever proven that will retain visual media for a century – and you can ‘read’ it by shining a light through it unlike optical disc or solid state variants.

For now, though, film is very much alive.