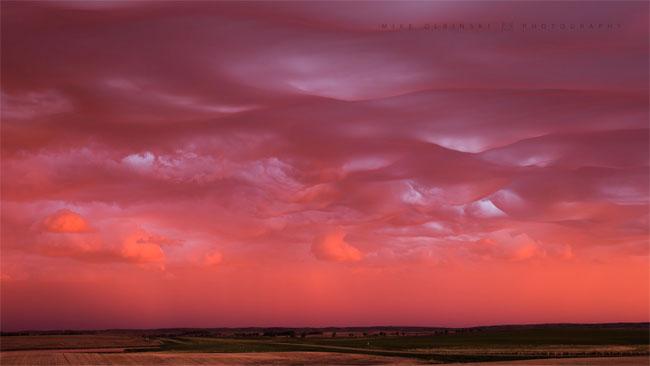 Replay: Mike Olbinski crisscrosses the USA’s tornado alley capturing footage of the extreme weather that brews there in the growing heat of spring and summer. And some of the footage is breathtaking in the extreme. 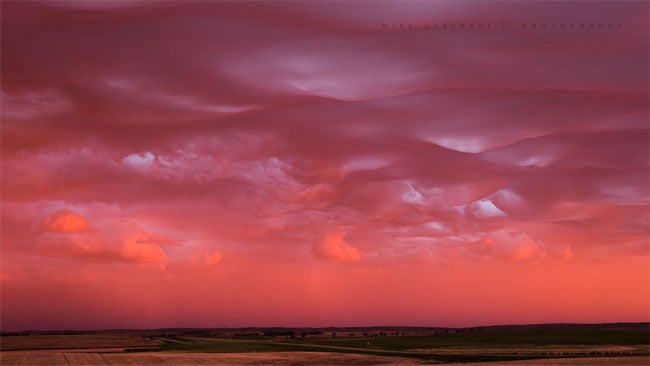 Contrary to received knowledge, it's actually quite easy to shoot very high-quality 8K video; you just have to shoot at one frame a second and find a subject that moves extremely slowly. Such is the stock in trade of the time lapse photographer, and the key issue appears to be exactly that: finding a subject. The phrase “storm chasing” comes up a lot in any discussion of photographer Mike Olbinski, who's responsible for the images which accompany this article and the full motion version we've embedded below. Having released the material earlier than normal, Olbinski describes the undulatus asperatus clouds in the video as “too unreal to let sit on my hard drive for months.”

He also tells us that the intense colours in the material are as photographed, with only a small degree of contrast increase (which will, of course, also increase apparent saturation.)

Olbinski describes having shot two simultaneous time lapses, both on the Canon EOS 5Ds R. This camera may not be very familiar to motion picture people as it does not shoot HD at beyond 30fps, or 4K video, but it does have a full-frame sensor with a gigantic fifty-plus megapixel resolution, which was the highest available in an SLR at launch in 2015. The resulting images are beyond 8K resolution, assuming we agree that 8K means at least 8192 x 3880.

Raw stills from the 5Ds R are at up to 8688 x 5792, the camera has a sensitivity of up to 6400 ISO. And it will shoot up to 5 frames per second – for a fairly limited twelve frames of those enormous images if we're shooting raw. They currently sell for perhaps £2000.

Such an enormous resolution is tricky from a number of perspectives. The 5Ds R has a special shutter mechanism to reduce camera shake, even a tiny degree of which would otherwise almost immediately obviate all those pixels in a smear of motion blur. Olbinski shot the piece we're discussing on a Canon EF 11-24mm f/4L zoom and a Sigma Art 50mm, both of which are high-resolution lenses, though even the very best glass will struggle to provide corner-to-corner pixel-level sharpness on a sensor like this.

Given the enormous sensor, high resolution, quality glass and raw recording, the results are not only staggeringly pretty but also quite likely representative of the state of the art as regards image quality on YouTube (though, of course, it is still YouTube). We can complain about the compression, but it looks better than most broadcast television, which is quite a realisation given that people initially laughed at the idea of YouTube HD on the basis that, at the time, YouTube SD would have been something of an achievement.

And it isn't necessary to have gear this good to shoot reasonable time lapse. You can do it on a used DSLR from Craigslist and a cheap controller, and there's nothing like some rolling clouds or scurrying traffic to put the finishing touches on a showreel.