The home-brew return of anamorphic 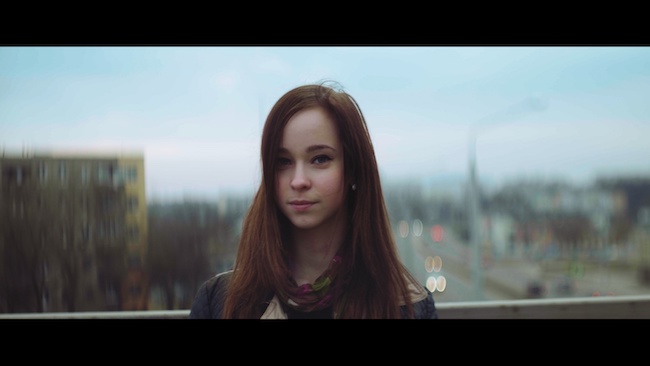 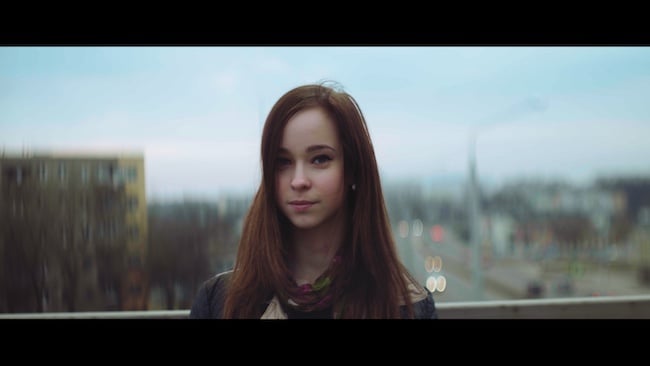 Aamorphic: images with visually unique characteristics since the dawn of cinema

Optically stretching images to make a wider aspect ratio is back in a big way thanks to the internet. Adam Hamer investigates.

DIY communities have sprouted up on the web, dedicated to helping intrepid camera operators and photographers try their hand at creating custom hybridized anamorphic rigs. These rigs offer a budget friendly, anamorphic solution for independent filmmakers. The availability of the internet has allowed communities based on user feedback to thrive in the modern world and has led to a direct revival of a complex optical system.

Anamorphosis is a process that can be created using a variety of optical elements in a classical configuration. Configuring these multi-part modern anamorphic hybrids, photographers use vintage projector lenses, clamps and a variety of different focusing diopters to construct custom anamorphic rigs. Utilizing the community-oriented nature of the internet, a feedback based forum system has led to the accessibility of the anamorphic format on an independent level.

Anamorphic cinematography originated in the early days of cinema. As studios sought out new ways to further define their films as spectacle events to the audiences of the time, they invested in new cinematography methods. Enticing audiences through new technology in exhibition, they could draw a larger crowd and emphasize that their film offered a truly unique experience to prospective audiences. The studios spurred on a massive scale, industry-wide adoption of the anamorphic lensing of feature films.

Anamorphic cinematography bends light through optics to spatially compress a scene onto an image plane so that it can be captured on an analogue or digital emulsion. This image compression, or squeeze factor, allows for a wider picture area to be imaged on the same sized capture area. The anamorphic negatives formerly were printed with the squeezed image intact onto the film and then correspondingly exhibited to the public through an anamorphic projector, which optically de-squeezed the image rendering the 2.39:1 aspect ratio or the classic anamorphic frame.

It is easy to see the benefits of shooting anamorphic. By compressing space horizontally and leaving it virtually unchanged vertically, anamorphic glass creates images with visually unique characteristics. .Anamorphic lenses come in a variety of different squeeze factors from 1.33x to 2x. Many modern digital professional cinema cameras have an internal de-squeeze mode to display and record the format in the proper, ultra wide field of view.

Anamorphic lenses produce characteristic streaking flares and ovular out of focus highlights. Depth of field is complicated as a result of anamorphic optics, as the physics of the lenses can distort the representation of physical space. As a result of this distortion, Anamorphic lenses tend to produce an ovular field of sharp focus in the central portion of a particular frame. The shape and size of this zone of optimal focus should be carefully factored and tested before any production when lensing anamorphic. DIY anamorphic rigs not only possess the same depth of field distortions as lenses in unibody housings, but also require dual focusing systems. On custom rigs, both the taking lens and the front focusing element for the projector lens need to be calibrated to ensure each shot is in sharp focus. This need to adjust and monitor two lenses to achieve optimal focus renders great technical challenges to the creators of custom anamorphic rigs.

Creative builders have turned to the internet and reverse engineered the basic design of anamorphosis themselves, building epic franken-rigs from old projector lenses which were once used in picture houses all over the world to showcase studios’ prestige pieces. These projector anamorphs are made by some of the world's finest lens makers and unsurprisingly, are becoming less readily available as word spreads of this growing, forum based community. Bell and Howell, Kowa, Schneider Kreuznach, Iscomorph and Lomo are commonly purchased projector lenses which are then combined with additional optical elements to produce truly functional anamorphic lenses. The projector lenses are often sourced from online auction websites and from private vendors. As word spreads about the availability of projector lenses, the market price has increased drastically.

These Franken-rigs are created using publicly available texts which detail the classical method of creating optical anamorphosis. By combining a taking lens (often used models are Helios 44-2, Vintage Contax-Yashica Zeiss and Canon pancake lenses) with a small front threading and mount adapter (adapting to the primary imaging system used), and attaching the taking lens with a specialized clamp to an anamorphic projector lens, a basic setup is rendered existent, albeit without a front focusing mechanism. A variety of different optical diopters can be utilized to focus the projector lens. Most commonly, a front optical element, functioning as a focusing diopter is attached to the projector lens (commonly used are those manufactured by Hardcore DNA). The rig is thus complete, though requiring a dual focusing mechanism on behalf of the operator as both the taking lens and the front anamorph need to be focused, which can present some difficulty for both tinkerers and professional gear heads alike.

The forum based community has produced its first engineers who are transitioning into commercial sales. A prominent and vocal forum user recently posted images of a prototype anamorphic lens made in a garage to the community for user feedback. Pictures showing the user sanding the glass for the lens in his own home were displayed marking an unusual development in the convergence of internet culture and commercial optics. Using feedback from the forum, this creator would go on to create the company Atlas Anamorphic lenses, which debuted at NAB 2017. The company specializes in budget anamorphic optics geared to the independent film community. Though they have yet to release production models into the field, the very birth of this company is a symbol of the power of the internet to shape the conversation and direction of professional culture in the cinematography community.

When in doubt, the daring optical explorers of the DIY anamorphic community refer back to the internet and the forums from which the movement sprouted up. The nature of this technical community is representative of the positive potential of the internet to affect conversation. The net acts as a microcosm of greater global communication and allows for topics of specialized knowledge to blossom into publicly accessible trees of learning. Using the internet to broaden knowledge on specialized topics, is a defining testament to the limitless potential of the web to be used as a tool for education and technical development. As the community grows and develops, it takes on a life all its own, helping to spur professional growth in the process.

And for a good illustration of the sort of images you can produce, have a look at Mikalai Verbel's video below from which we grabbed the image at the top of this piece.