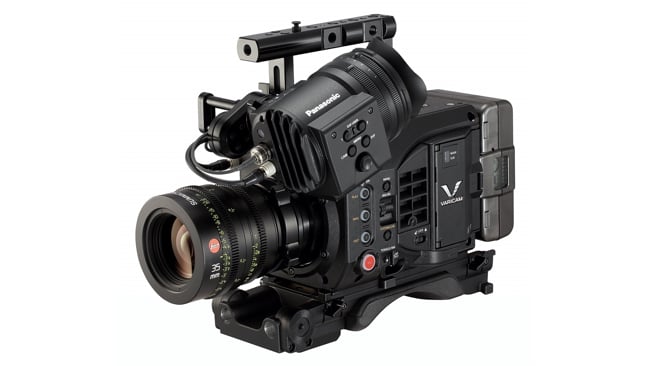 Lots of new goodies coming to the VariCam LT

The VariCam LT gets one of the headline new upgrades; a high-speed menu mode that enables 240p RAW output for 2K or HD. Couple Convergent Design’s Odyssey 7Q/7Q+ into the workflow and it will let you record 2K/HD-cropped, uncompressed Cinema DNG files.

Also new for the LT, and a sign of the times in camera design, there is a faster and more efficient software reboot that is accomplished via the control panel rather than the slightly old-fashioned ‘turn it off turn it on again’ approach of using the power switch.

The VariCam 35, HS, and LT all have a new REC Check function added that allows users to check the first five and the last five seconds of the latest clip for tail slate marking.

All the VariCam cinema models now have an expanded frame rate range in high speed mode, allowing capture from 1 – 240p. For VariCam wide-screen capture, Anamorphic Desqueeze is now available in play back as well as when recording. A horizontal desqueeze of 1.3x or 2.0x is available for SDI Out or VF SDI. Also for all VariCam cinema cameras, there is an option to apply grading data recorded with clip on play back.

Additional features the firmware upgrades include: