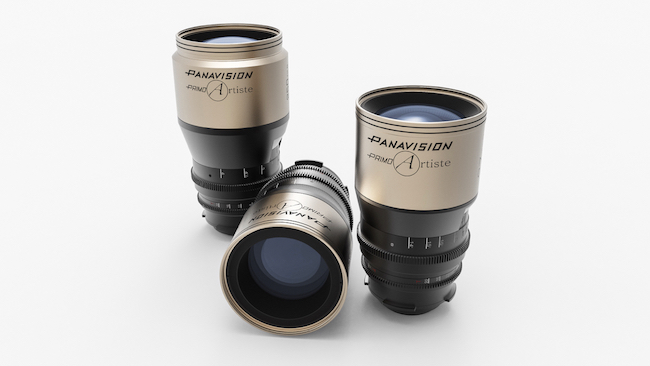 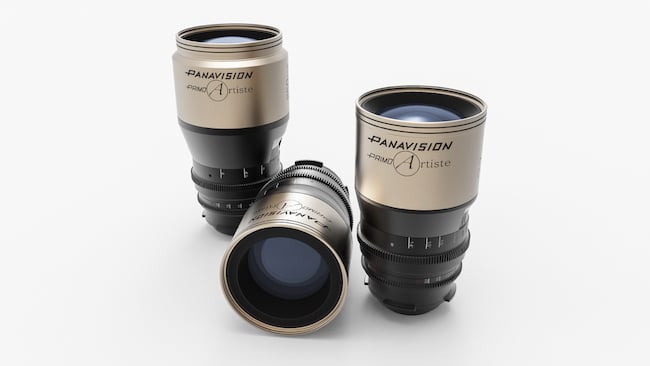 Speedy numbers: this T/1.8 glass will be the fastest lens set available for large sensor cinematography

Panavision’s new set of lenses not only have an accent on creativity and artistic expression but, at T/1.8, they also happen to be the fastest lenses available for large sensor cinematography.

The Primo Artiste lenses feature internal motors to control focus and the motors can be wirelessly controlled to boot, so there shouldn't be a need for a separate focus motor. The exception to this are the 14mm and 27mm focal lengths for which there was not enough room within the lens housings to contain the motor. Lens metadata is also transmitted to the camera. The lenses have been designed with Panavision’s DXL 8K digital camera in mind, but it might be possible to use them on Panavision’s film cameras as well, we will have to wait and see.

These will be available to rent by the end of 2017. The 14mm is expected to follow in 2018 and the aperture for that lens will be T/3.1 wide open. There may also be other focal lengths to follow but what they might be has not yet been announced.

Dan Sasaki, an optical engineer at Panavision, described the objective of the design as being "to create a lens that produces images that resonate with our instinct to relate to painterly images that are identified by smooth transitions between surrounding objects.” So the lenses will attempt to get away from the look of harsh edges and allow a more gradated flow between the elements of the image. The overall intention seems to be to create a set of lenses that have something of a vintage look and feel (even when shooting on an 8K large sensor camera) while incorporating modern features such as focus breathing control, even field illumination and optimized close focus.

There will also be an additional true anamorphic glass attachment that is described as retaining the spherical nature of the base lens. What that actually means we’re not entirely sure. It could be that the attachment does not induce any kind of stretch to the image? In any case, the attachment induces many of the artefacts associated with anamorphic photography such as directional flares and distorted bokeh.

Panavision is, of course, famous for being one of the leading suppliers of equipment for Hollywood movies so it will be interesting to see how, and how quickly, these lenses might get used on large films in the future.