Is it time to return to using nickel batteries again? 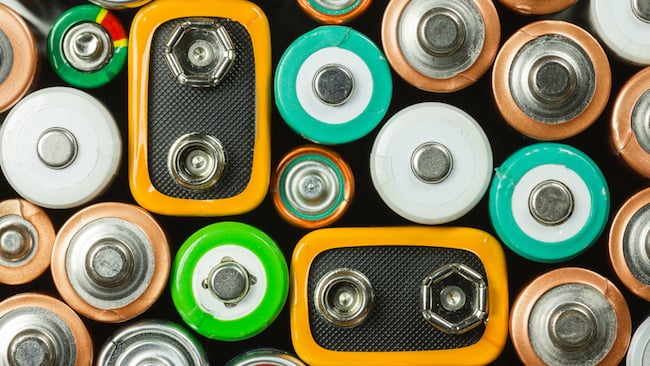 Time to ditch the lithium-ion?

Time to take the nickel back? A quick note on power, because as we're all aware, it doesn't matter how many pixels your camera has if all your batteries are flat.

It's hard not to be alarmed when one's critical power system is being picked over by a suspicious air safety official at some backwater airport in a place where there's an unspoken expectation that interactions with the government require financial lubrication. Though we'll be generous enough not to name the three-letter acronyms who are so often involved, even in the best-run countries, there can be a sense of unease simply because film and TV work often test parts of the rules that aren't routinely encountered. The thing is, all of this is really about lithium-ion batteries, because of their (perhaps unfair) reputation for catching fire.

We wouldn't want to keep using nickel cadmium batteries, since cadmium is so horrendously toxic. So, why don't we just start using nickel metal hydride batteries again? It's not as if PAG or Anton Bauer have ever stopped making them. Cine Power, purveyors of high capacity box batteries that you'd throw on a dolly and expect to run the camera all day, have never made lithium-ion batteries at all and there's a reason for that. Lithium-ion is a thoroughbred technology and like any thoroughbred, it needs a lot of care and attention — which is why it occasionally explodes and why we're cautious about it in the first place.

The thing to understand is that the performance offset is not actually that large. There's a number of ways to measure the performance of battery technology, but more or less all of them measure the number of watt hours against a parameter such as weight or cost. Lithium-ion wins by quite a margin on cost, being around half the price of nickel metal hydride, but that's just talking about the cells as electronic components. If we're buying finished product, nickel metal hydride (by way of comparing an Anton Bauer Hytron 140 with a broadly-equivalent Cine 150) actually ends up being slightly cheaper, apparently for no better reason than fashion and popularity. There are feature differences between those two batteries, but it's clear that the component cost of the cells is a fairly small part of the cost of the finished product, and that nickel metal hydride offers slightly more power per unit currency.

It's also heavier; that's clear. The Hytron 140 weighs 2.5kg, versus 1.5 for the lithium-ion alternative. It's a rather thin excuse, though true nonetheless, that a lot of smaller modern cameras are actually very nose-heavy, especially with exactly the sort of easy-to-operate zooms that are most likely to be used off the shoulder where balance is at its most important. In that situation it's common to stack batteries on the back, in any case, just to pull the nose up. Still, air transit is the situation where concerns over battery safety are most likely to arise and the situation where weight is most at a premium, so it's a bit of a null point overall. Nickel metal hydride also has slightly higher internal resistance, which makes it slightly less good at supplying very high currents than nickel cadmium or lithium ion, but that's generally only a major problem when supplying large loads such as lighting — not so much for cameras.

There is one other upside to nickel metal hydride batteries, or more to the point, a downside of lithium-ion. Lithium-ion batteries lose a certain amount of their capacity over time whether they're used or not, which is a shame in a cellphone but a genuinely value-limiting factor in a camera battery that might cost £400. This can be mitigated, to an extent, by storing them in a controlled state of charge, but practically speaking that's rarely done, and nickel metal hydride is still a better bet for equipment which may be out of use for more than a weekend.

The only problem with nickel metal hydride that's hard to solve is that some batteries, such as the very popular NP-F series which are used frequently on all kinds of equipment, simply aren't available in anything other than lithium-ion. That said, these also tend to be the smaller, more domestic-style batteries that air safety people may be more comfortable with and tend to arouse fewer problems (though in reality, the risks are very similar, per kilo of battery involved).

The weight will be a downside too far for some people, but nickel metal hydride might otherwise be a technology worth revisiting. PAG has taken to referring to nickel metal hydride batteries as a zero-lithium travel pack, complete with a picture of an airliner, which rather drops the hint.