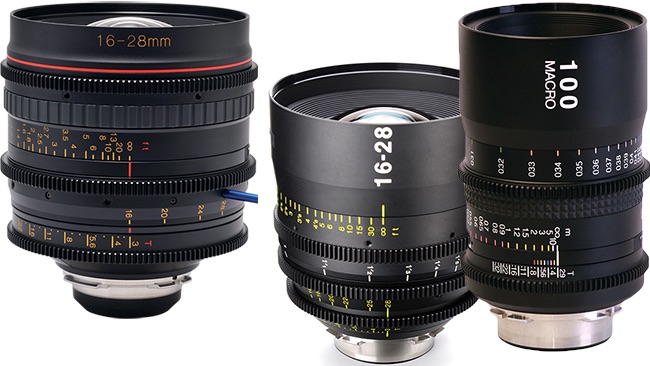 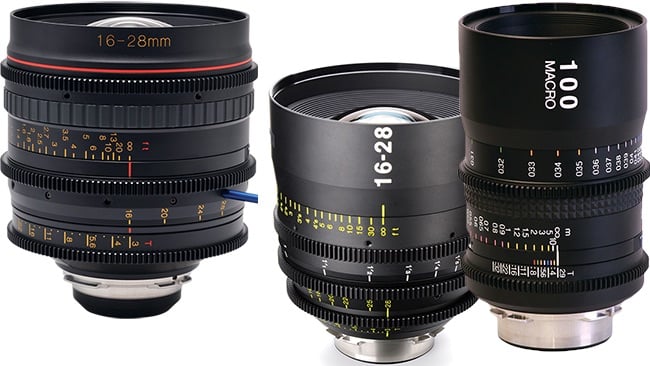 Sigma and Tokina have long held reputations for making lenses you'd buy for your Nikon or Canon camera when you couldn't afford "the real thing" but still needed some okay glass to shoot with. That is changing as new models become more than viable first choice lenses.

Over the years, both have steadily improved their lens lineups and both have also been scoring very high in image quality.

Now both Sigma and Tokina are aiming even higher and going after professional cinematography, but they're not going after the same niche.

Sigma's ART Lens series has made quite a splash in the industry. The line is so well regarded that it's no longer a cheap alternative, but instead, a strong competitor and some of the newer ART lenses are actually MORE expensive than even their Canon counterparts.

Building on the success of the ART series, Sigma has developed a series of cine lenses that are essentially the ART lenses rehoused in cinema friendly designs, featuring all-metal barrels and integrated focus and iris rings with no click-stops. The zoom lenses, of course, also have integrated zoom rings for FIZ setups.

The build quality of the ART series is already quite good, but the cine lens line — thanks to the metal housing — is even more solid, though also heavier. The focus rings have a nice large focus throw and a very smooth response. Being built around the same optics as the photography-oriented counterparts, Sigma's cine lenses continue to maintain the stellar image quality that they've become known for, though with the downside that they also retain the same breathing that the stills lenses are prone to.

Compared to other similar lenses such as Rokinon's Xeen series, the Sigma cine lenses are relatively compact and their prices are quite a bit lower than competing lenses such as the Zeiss CP.2 and CP.3.

When I asked the Sigma rep about the breathing issue, he said that Sigma had no plans at least in the short term to address it, because it would require redesigning the lenses to counteract the breathing, which would drive up their cost.

Should these lenses be as popular as Sigma and most Sigma fans are probably hoping, then maybe it will convince Sigma to work on a set of cine lenses that are corrected for breathing, though it's likely that a set of such lenses would cost more than the current cine lenses do.

This isn't the first set of cine lenses that Tokina has offered. It is instead more ambitious. The new line is higher priced than Sigma's and also the lenses are quite a bit larger — comparable in size to the Xeens — and also as a result heavier than the Sigma cine lens line.

The Tokina lenses are corrected to prevent breathing. With the samples that I tried, even with a nearly complete circle of the focus ring, I wasn't able to see any hint of breathing.

The Tokina lenses are quite a bit more expensive than the Sigma cine lenses, but the larger image circle and nearly perfect correction for breathing justify the cost.

These sets of lenses aren't cheap, landing between the SLR Magic and Rokinon Xeen lenses and the Zeiss Super Speeds and the new Fujinon zooms. $4000 for a fast 18-35mm or 50-100 cine lens is quite a bargain compared to $20,000 for similar Zeiss Compact Zoom lenses.

In light of the prices that Sigma and Tokina charge for their photography lenses, the pricing for their cine lenses seems ambitious, but given their image and build quality, the prices are competitive with the likes of the Zeiss CP.3 line.

These represent two bold, but strong entries into the cine lens industry from two companies that have for a long time carried the reputation for being second tier lens manufacturers and both are coming on strong and clearly aiming high.

For the industry, it's two more options for cine lenses.