Can you really shoot a broadcast documentary on an iPhone? 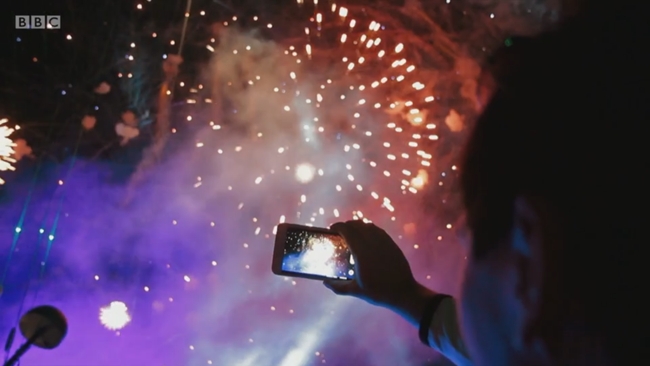 This fireworks display is well-imaged, though the in-shot phone screen is overexposed

Last week, the BBC broadcast what it described as its first documentary to be shot entirely on cellphones. Is this really a good idea? Phil Rhodes has his doubts.

Those of us in the UK can (until a month after broadcast) watch the production, a BBC 4 documentary titled Secrets of the Super Elements and presented by Mark Miodownik, on the BBC's iPlayer service here and make a subjective evaluation of the results.

It's more or less impossible to discuss this sort of thing without someone from either end of the film and TV scale of budgets piping up with a contrary opinion, so let's consider the two following viewpoints as equally valid depending on the circumstances. Did it look any good?

Well, it probably looked okay to the point where most people wouldn't notice, which is enough to give producers some dangerous ideas. They even managed to shoot some high-speed stuff, which is, of course, a speciality of recent Apple phones, and there was some creative use of focus. A DJI Osmo meant that the wobbly jitteriness of a very lightweight camera with a rolling shutter was largely (though not totally) absent. With due deference to the problems we're about to describe, it is now possible to shoot a respectable-looking documentary on a cellphone. 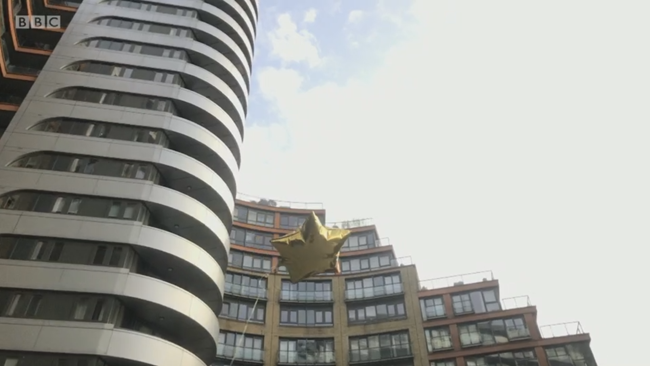 The camera struggles with this hot sky

The most noticeable picture problems were entirely predictable: the noise, the rolling shutter, the feeble highlight handling. That wasn't really the most distracting thing about the way it looked, though; a really good modern cellphone can produce pretty respectable pictures under the right circumstances. The real issue, at least as evidenced by this production, is the lack of lens options. The high-speed stuff looked as if it had been shot with some sort of optical adaptation, yielding a picture with a huge amount of fuzziness and distortion at the edges (well, not so much at the edges as much as anywhere but the centre.) It wasn't an inappropriate look, though. Otherwise, the whole show is a study in wide angle photography, and while there's nothing intrinsically wrong with that, it is something of a limitation on a production which would otherwise have been a shoo-in for an F5 and one of the ENG-style big chip zooms.

With all that in mind, the biggest problems with consumer technology are often not its absolute performance, but its presentation in terms of build quality, flexibility and interconnectivity. They don't even have a lens cap. For another example, tablet-based slating applications have been available for years but failed to gain traction, partially because of concerns over their timing accuracy, but mainly because the batteries go flat too quickly and you can't change them, so all of those nice script notes end up stuck on a device that's plugged into the wall.

It should probably be embarrassing for such advanced pieces of electronic witchcraft to fall to something as simple as power starvation, but it's much the same situation as regards camerawork. Yes, you can hypothesise about external power, just as it's possible to keep swapping micro SD cards and even to clamp on optical accessories, but by the time we've got all these accessories hanging off the camera, it's no longer small, cheap or handy. Nonetheless, as an experiment, it was a successful one. As a documentary it was reasonable by modern standards, though it did describe explainable scientific phenomena as “magic” in a way that's unhelpful if we want to encourage people to pursue a career in the hard sciences (which, given there's little prospect of any return to a mass employment manufacturing economy and the need to put dinner on the table in about 2050, we probably do).

It also implied that Apple invented the touchscreen about ten years ago, an idea which would probably interest Bent Stumpe, the Danish electronics engineer who developed them at CERN in the mid-1970s, even if we just consider the capacitive type.

The other thing that we should probably avoid is giving anyone – producers, indie filmmakers – the idea that shooting on cellphones is actually a good idea, because otherwise, the world will be flooded with......oh, right, it's already happened.

[Ed’s note: Just in case anyone thinks that shooting on cellphones is a cast-iron guarantee of saving money, it’s not. Speaking to Broadcast, producer/director Laura Mulholland detailed the costs involved, starting with buying two iPhone 7 Plus units outright (you can’t hire them and you need one as a back-up). Add in a sound recordist, camera operator, crew, and accessories and, as she says, over the course of the nine-day shoot “Once we’d factored in our usual lighting gear and the additional days needed to test out the kit, we’d barely saved any money.”]