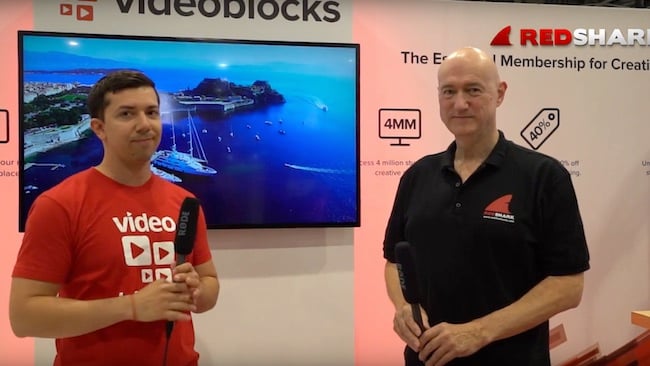 Mike Swartz, Contribution Support Manager, at Videoblocks with Dave Shapton (he's the one in the RedShark shirt)

"We have a photo marketplace that we're launching this week," explains Mike. "We're piggybacking on the success of our Videoblocks marketplace which we launched in 2015. We have about 4 million clips now, we're one of the fastest growing marketplaces in the industry, and we've paid out about $6m to our contributors. We're now hoping to take that success and move over to photo."