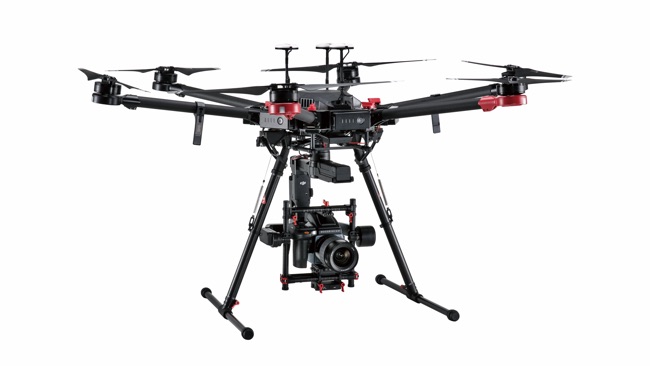 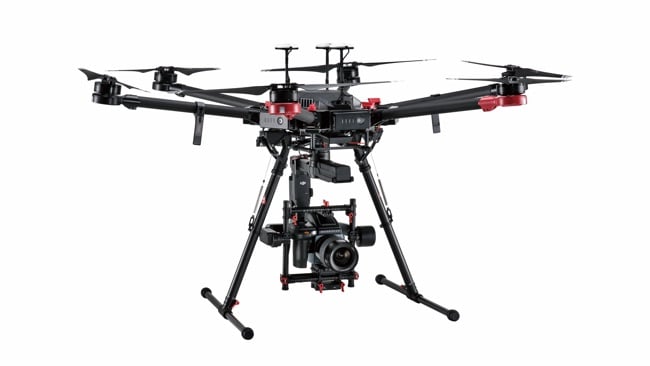 The DHI and Hasselblad combination: definitely the high-end of the current drone market

When DJI acquired shares in Hasselblad, it caused a lot of speculation as to what they might be up to. Would we, for instance, see a specially developed integrated camera solution for the Inspire series, to name but one suggestion? Not quite...

For the present, the answer to that is a categoric no. However, this does not mean that there is nothing to drool over. For what we have here is a newly announced co-operation between the two companies to bring a combination of the DJI Matrice 600 Pro drone and the Hasselblad H6D-100c camera. It’s the second collaboration between them.

This might well be the ultimate aerial stills platform. It might also be an insurance company’s nightmare!

For the uninitiated, the Matrice 600 Pro is DJI’s flagship drone platform. With dust-proof, actively cooled motors — all six of them — the capacity to carry six batteries, giving flight times of up to 20 odd minutes carrying a Ronin-MX gimbal and a Red Epic, triple redundancy from its GNSS positioning sensors (with extra capacity to cope with six), you have the mother of all flight systems. With such environmental robustness, combined with the magnetic resistance of its onboard sensors and redundancy, you can see why this, of all platforms, is one that you would trust with the H6D-100c camera.

After all, if you are going to be taking $30,000 worth of camera into the skies, it is good to know that you have pretty much a guaranteed chance of bringing it back safely!

The H6D-100c camera is a pretty amazing piece of gear in its own right. You’d expect it to be for that sort of money. With a 100 Megapixel resolution (11600 x 8700 pixels) and a claimed 15 stops of dynamic range through its large 53.4 × 40.0mm sensor, you are getting some incredible performance. In addition, the camera is capable of recording HD and UHD in 12-bit raw, using Hasselblad’s own proprietary format, at up to 30fps.

Information on the specifics of what the collaboration involves is light. However, I would speculate that it comes from the ability to control all camera functionality and view live feeds during flight directly through the DJI Go flight app. Traditionally, many cameras on the high-end drones have their shutter speed, exposure etc. set just before take off. Sometimes, in the case of video, recording starts on take-off and finishes at landing. So, full integration of controls over non drone-specific cameras is a relatively new thing.

If you or your company is deadly serious about photography and demand the utmost quality for your work, then this new combination will be a very welcome one. But at a minimum of $45,000 for a basic workable system setup, the rest of us might have to wait until that Lottery win!