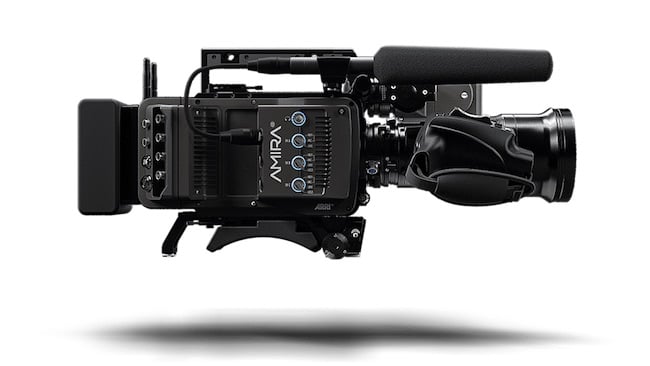 ARRI continues to push ahead with its 'ARRI Everywhere' plan with an update to Amira cameras to make them even more suitable for use in multi-camera environments.

The idea is to allow productions to take advantage of ARRI ALEV III sensor and lend a cinematic look to live broadcasts, music concerts, TV soaps, and other fast-paced, multi-camera productions.

The update allows the cameras to be controlled from a standard Sony RCP (Remote Control Panel), perhaps from an outside Broadcast truck, for instance. You can even control the iris setting from the RCP. The big improvement in SUP 5.0 is an increase in the cameras output data rate so that the SDI connectors can output as Dual 6G UHD-SDI at 60fps. Arri suggests that productions will enjoy the versatility of having the cameras output UHD, even if they down-convert for broadcasting.

SUP 5.0 will also allow 3D LUTs to be loaded into the Amira and used in Multicam mode, even allowing the Sony RCP to make further tweaks to the image from there. This should also make it easier to match multiple Amira cameras to one another by loading matching LUTs into each camera. Identical LUTs should help the cameras intercut with one another seamlessly.

Arri is offering a fibre-based transport system from DTS but they also suggest that Amira Multicam is agnostic in terms of transmission pipelines and you could use a fibre system from another company to connect with the CCU (Camera Control Unit) or even a wireless system.

Apparently, quite a few Amira Multicam shoots have already been successful including major US comedy shows, Broadway stage productions, fashion shoots for clients such as Balmain and Victoria’s Secret, TV talent shows, corporate events, and concerts with artists such as Beyonce, The Who, Pearl Jam, and a fair deal more.