Beefed up motors and a 13.5kg payload: DJI launches the Ronin 2 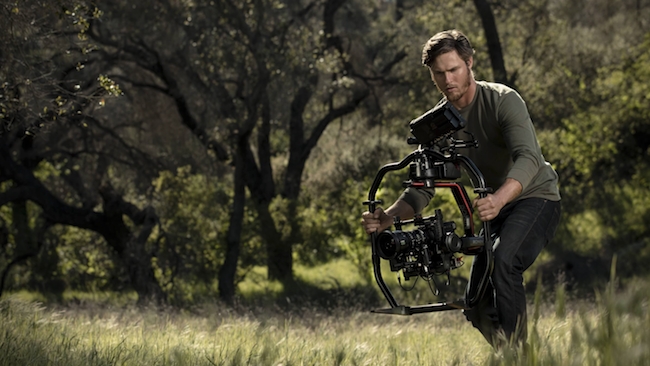 The Ronin 2's motors have been beefed up to it can handle a 13.5kg payload

The DJI Ronin series is one of the most ubiquitous stabilisation platforms in use today. Its versatility carries it from the ground, and into the air on drone systems. And now DJI has announced its successor, the Ronin 2.

Pretty much designed from the ground up, the Ronin 2, on paper at least, appears to offer substantially more capability than its predecessor. At a core level, the motors have been beefed up to cope with a wider range of cameras, and to better cope with wind and other forces enacted upon it in its various applications. DJI claims that the new motors are around 8 times as powerful as the previous ones. This enables the Ronin 2 to cope with camera weights up to 13.5kg.

A lot of work has been done to simplify setup, including the use of integrated adjustment knobs, and an integrated 1000nit LCD display. The grip has also been made quickly detachable for fast redeployment to jibs, Steadicams, and car mounting, among other systems. This type of use is also helped by a new two-axis mode, enabling the Ronin to be used more easily on a Steadicam.

Cabling has been reduced to a minimum by integrating it all within the structure of the device itself. This extends to the use of optional accessories. The Ronin 2 integrates an external power box with four 14.4v out sockets, two 12.6v DC out sockets, and two 12.6v P-tap sockets. SDI out is also integrated, along with UART (Universal Asynchronous Receiver/Transmitter) and USB connectivity. Self-heating dual batteries can also be hot-swapped.

DJI is claiming around 2.5 hrs of runtime on one battery, which should mean around 5 hours using two, not accounting for any other accessories that may be powered off them.

There are many more minor improvements in the design, but one of them that stands out is that the motor housings are splash-proof. Now, I’m not sure that this means that you could operate the Ronin 2 in a rain storm, since you would still have the hassle of protecting the camera, lenses, and other electronics. But it should mean that the Ronin 2 could be used in much more testing environments than the previous model, without worry.

Lastly, the Ronin 2 can be used as a motion control rig. For example, there is a stills panorama mode and a timelapse function. Interestingly there is a cam anchor mode. I’m not entirely clear on how this works, but DJI says that the user can lock the camera's orientation at certain locations, and then revisit those positions as the rig is moved from point to point.

All in all, this looks like an extremely worthwhile update to an already very popular system.