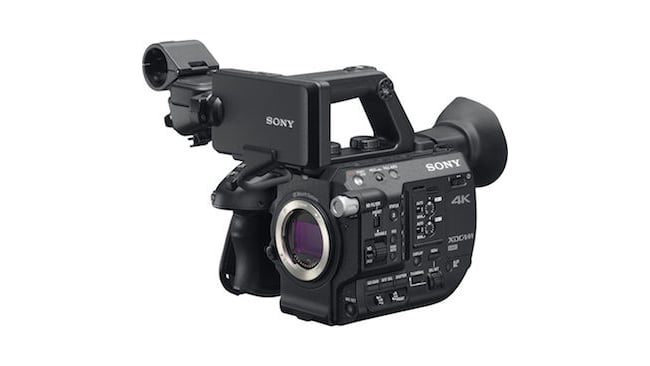 Sony latest firmware updates for the PMW-F55 and F5 unleash the ability to produce high 4K frame rates, while another for the FS5 is a possible game-changer for the sub-$6000 unit.

The latest update for the Sony PMW-F55 and F5 is Firmware Version 9.

It was once the case not that long ago that cameras would only get minor updates to the firmware if that. These days cameras might not ship with all the features active from day one but seem to get plenty of firmware updates, including unexpected new features and bug fixes. You only have to compare the updates that were available for the Sony PMW-F3 with its successors to see how far things have come and how quickly. This is great news as it allows cameras to be more flexible and move with the times and, given how fast expectations and technology are moving, it’s almost required.

Firmware version 9, for the F5 and F55 gives both cameras the capability of shooting 4K at frame rates of 72, 90, 96 and 120fps. Until now the cameras were capable of shooting high frame rates like this, but not in 4K. So the F55 could record at up to 60fps in 4K and 180fps in HD, but now the cameras are expected to be able to go much slower at 4K. There is one big caveat, however: it’s expected this extra capability will require the new Sony AXS-R7 raw recorder. 4K 120fps will not be available to record internally.

There is also huge news for the little Sony FS5. As a low budget camera, it might be expected that it wouldn’t get the same kind of love as flagship cameras like the F5 and F55, but Sony has issued an update for the FS5 that is going to be huge. The new firmware update allows continuous shooting at 120fps on the camera. So, you won’t be just limited to a few seconds of high-speed footage at this speed but will be able to just keep shooting at 120fps without having to worry about missing that special moment.

Of course, there is the limit of space on your media to consider, but life is like that. This is a fantastic feature to get in a firmware update. It’s at Full 1080p as well, so it’s expected that this will be a really nice high-quality slow motion mode. Something to get really excited about if you are a Sony FS5 owner.