Atomos has a really big announcement: The Sumo is a 19" HDR recording monitor 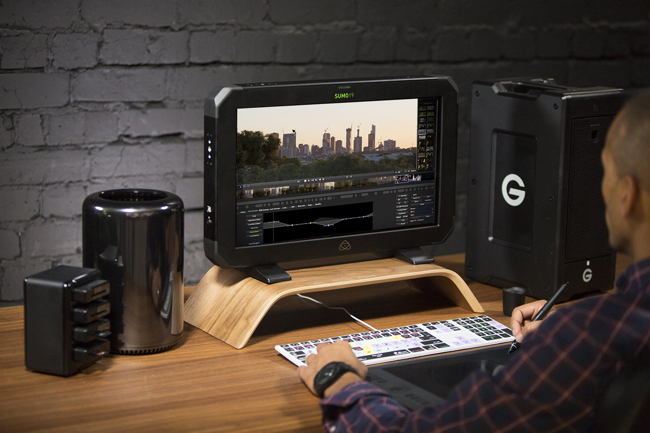 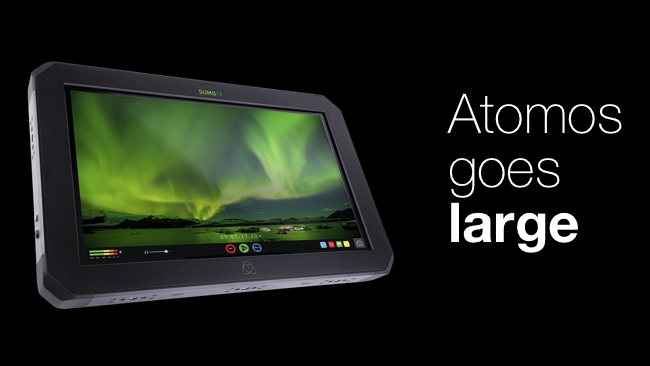 A leap for Atomos into large-scale HDR monitoring

It had to happen. At some point in the illustrious history of the Australian monitor and recorder company that can definitely no longer be regarded as a start-up, it was going to launch a product called Sumo. The signs were there: Ninja, Samurai, Shogun, and a torrent of Japanese-themed graphics and references. There was always going to be a Sumo, and it seems appropriate that the name should have been reserved for Atomos’ biggest product ever.

The Sumo is a 19” HDR monitor that inherits all the recording smarts of the Shogun. It can also be used as a live switcher.

At this point we only have preliminary information but here’s what we know so far - details will be revealed over the next few days as NAB kicks off.

There’s a lot in that paragraph. Let’s break it down into manageable chunks.

The standout feature is that this is a large-format (19”) HDR-capable monitor with 1200 nit brightness. This is well into useful territory for HDR and Atomos claims it is good for more than ten stops of dynamic range. To put that into perspective, Rec 709 video is reckoned to have around six and a half stops of DR. It’s clearly going to be immensely useful for anyone that wants to see their HDR footage on a decent sized screen.

Pricing is very important at this end of the spectrum. The MSRP is US$2,495. As an HDR monitor alone, that sounds affordable. But it also comes with all the recording capabilities of Atomos’ other products. Specifically it can capture the RAW output from Sony FS5/FS7/FS700, Canon C300MKII/ C500 or Panasonic Varicam LT over SDI up to 12-bit 4Kp30 as CDNG or 10-bit Apple ProRes / Avid DNxHR up to 4Kp60 / 2Kp240 depending on the camera’s capability.

Atomos claims that Sumo’s Full HD (1920x1080) 10-bit LCD panel is able to accurately map the Log/P/HLG output from popular cameras, games consoles (interesting that Atomos should say that, but Games where the earliest pioneers of HDR and games developers need HDR monitoring as much as video producers) or TV makers to resolve more than ten stops of HDR. As such it can be used with NLEs or grading suites as a studio HDR monitor.

The fact that Atomos suggests that the Sumo can be used for grading makes us want to ask how accurately the Sumo is (or can be) calibrated. Presumably we’ll get details about this in the next few days.

Apparently Sumo can switch and mix a live production or record 4 x HD ISO feeds using the QuadLink SDI connections. Even though this is obviously not the primary purpose of the Sumo, I can see how this might be useful.

Sumo has some clever I/O built in. You can connect any SDI or HDMI device and connect between HDMI 2.0 and 3G QuadLink/6g/12g SDI in any combination. Quad SDI inputs connect cameras with multiple 1.5 or 3F SDI outputs without the need for external converters. There’s also support for Genlock and LTC. 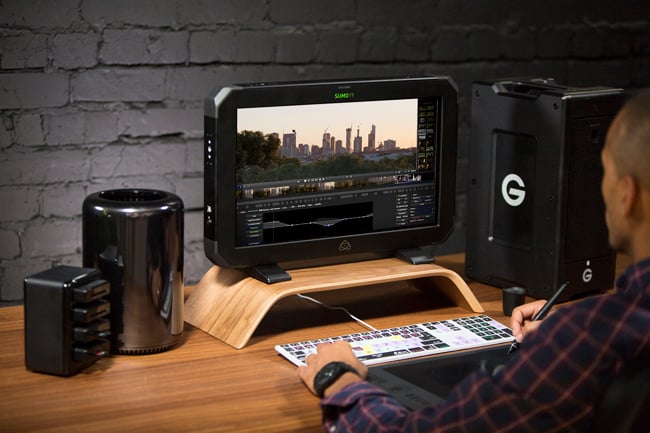 Sumo is ruggedly made with an aluminium allow chassis with “built-in armour”. There are ten mounting points, a rear panel VESA mount and a stand is included for various other mounting options. Power is through 2x V-Lock / Anton Bauer batteries, which can be used with Atomos’ “continuous power” system for swapping without powering down.

We think this is a significant new product. In may ways it’s a consolidation of Atomos’ existing tech, but where it breaks through is that it is a larger monitor that can be used in the field and the studio. Even from the starting gate it is likely to be a mature HDR product because it inherits all of Atomos’ recent work in HDR.

You probably should’t expect the sort of calibration accuracy that you’d get with $30,000 grading suite HDR monitors, but that misses the point. Out in the field, or in any location where the environment is not optimised for colour grading, what’s arguably more important is to simply be able to see an HDR image. There is currently no rulebook for HDR content production, and - right up until now - very little ability to even see HDR on the set.

This new, larger format HDR monitor will address that pain point in the current marketplace. All the other stuff - recording, live switching - is a bonus and for some it will be a valuable one. But there’s no doubt that this is an important product because it’s well priced HDR monitor that’s genuinely useful.

We’ll report back in a few days when we’ve learned more about Sumo. That's if it exists yet in working form: shipping is slated for Q3 2017, which probably means in time for IBC in Amsterdam in September.