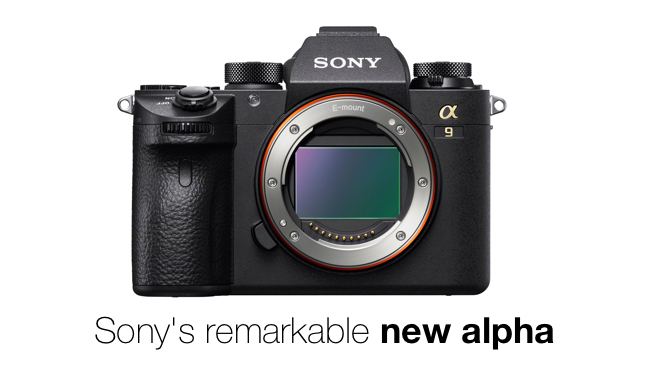 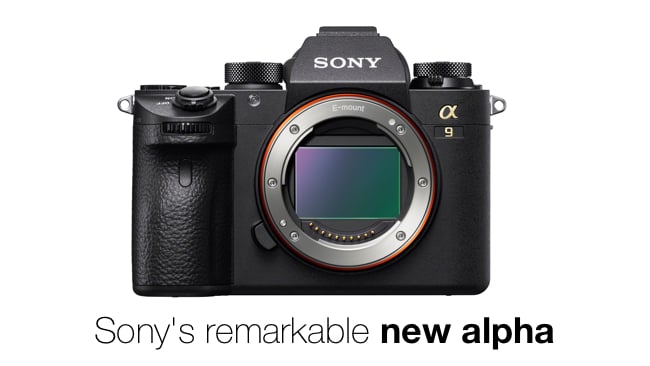 Sony held a worldwide press announcement in New York on Wednesday to showcase its surprise new high-end full frame mirrorless camera, the a9, as well as the equally unexpected G Master 100-400mm lens.

It has been speculated for some time that Sony would be introducing a high speed top tier camera to compete with comparable offerings from Nikon and Canon and the a9 certainly fits this bill.

Based around a full-framed stacked 24.2 MP CMOS sensor (the first of its kind), the a9 offers features requested by Sony users as well as features designed to entice Canon and Nikon shooters into the Sony fold.

Those of us who shoot Sony mirrorless cameras have long complained about short battery life. The a9 introduces a new battery with over twice the capacity of current alpha-series batteries. That translates to an advertised 650 shots with LCD monitor and about 120 minutes of video.

Its shutter is silent and vibration free and shoots at up to 1/32,000 sec. The silent shutter is a true advance particularly for nature photographers or for shooting still unit in a video production.

News, sports and wildlife photographers will benefit from blackout-free continuous shooting at 20fps giving about 241 RAW images or 362 JPEG images without buffering and without interruption (blackout) of the live view screen.

Autofocus capabilities are expanded to 693 phase detection points with fast tracking. In-body image stabilization is based around 5-axis stabilization.

This is the first Sony alpha series camera to incorporate UHS-II SD card interface and the camera has two of those slots. That would allow, for example, continuous recording or separating of jpegs and raw files or still and video files as examples.

Image transfer is accelerated with an on-board Ethernet port for transfer via FTP.

The XGA OLED Tru-Finder viewfinder is twice as bright as the a7R II and can be set for 60 fps or 120 fps rates.

The a9 introduces a much-requested joystick to allow adjustment of focus point in the various autofocus modes. This is in addition to touch screen focusing on the LCD screen.

Video shooters will not see a substantial change from the a6500 and a7R II and a7S II. The camera will shoot full frame video up to UHD resolution at up to 30fps with full image scanning of 6K oversampled to 4K. As with the other full-frame cameras, video recording can either be full frame or cropped sensor to Super 35mm.

In discussion with Sony personnel following the announcement, Sony representatives felt that users would find minimal rolling shutter effects in video owing to the fast read-out of the sensor. I’ll have the opportunity to test this tomorrow when Sony turns a group of journalists loose in New York City armed with the a9 and the 100-400 G Master.

And yes, the 100-400 G Master f/4.5-4.6 answers yet another concern of Sony users who see the E mount lens collection lacking at the long end. The 100-400 G Master pairs nicely with the a9 with its dual auto-focus motors suitable for the fast autofocus of the camera.

We’ll have more to say tomorrow after a full day’s shoot in the Big Apple.