Making a homebrew lens out of spare parts 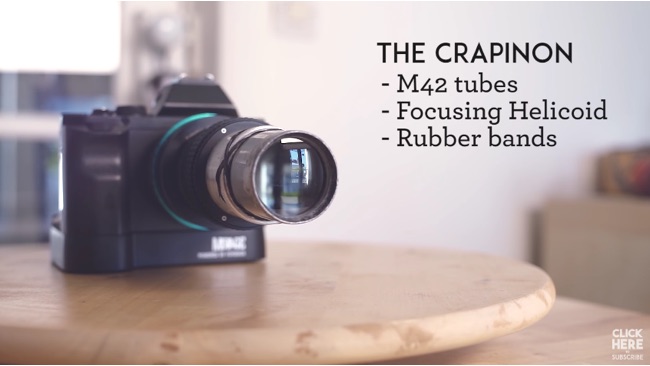 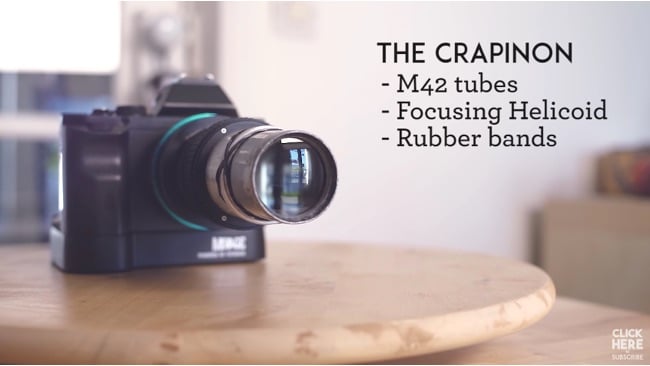 What do you do when you find a box full of junk parts at a swap meet? Create a lens which gives you amazing images of course! That’s what wild video producer Mathieu Stern did just recently, and the image results are pretty impressive.

Stern is no stranger to experimenting with cheap and junk lenses. On his Instagram and YouTube pages, he has a host of experiments on shooting with 100-year old lenses from a bygone era, Toy Lenses, Soviet-era lenses he buys on eBay. He even stuck an enlarger lens on his Sony A7 just to see what he could get. But this time around, he’s even outdone himself.

Following the mantra that “one man’s trash is another man’s treasure”, Stern was at a local swap meet when he came across a box of old lens parts. Stern fished out an old lens tube, presumably from a high-end projector and along with an ND micro four thirds to NEX adapter, an M42 tube and a few rubber bands, he pieced together what he affectionately calls “The Crapinon.”

With an approximate focal length of 135mm — and who knows the f-stop speed — the Crapinon is a focusing Helicoid full-frame lens that yields some mighty impressive shots considering it was literally slammed together from junk. Stern does admit, though, that the focusing is a tad soft and that the images themselves won’t win him a Pulitzer. But that really wasn’t the point of the experiment. The point was that you can take anything that has a lens element in it and with a little kit bashing, create a lens with which to see the world from a different perspective. You likely won’t win any awards for it, but you’ll sure get some notice for trying!