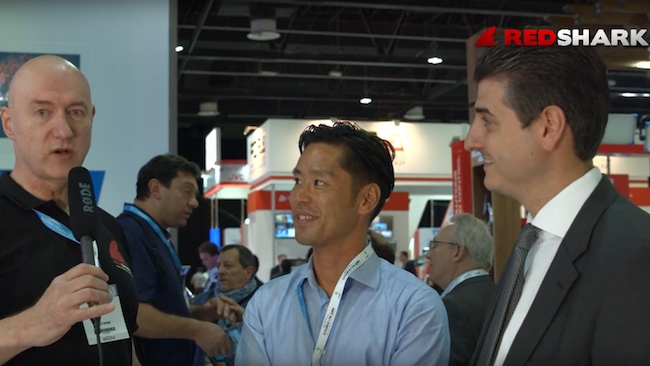 RedShark with Sony on the showfloor at CABSAT 2017

At last week's CABSAT 2017 we caught up with Peter Kyriakos & Takuma Wada from Sony Professional Solutions MEA who gave us some insight into the importance of the region and also the company's new 4K super slo-mo, high frame rate HDC-4800 system camera.

With the ability to support 8x slo-mo in 4K and 16x in HD, the HDC-4800 makes a powerful argument for a place in many positions on a live broadcast. Add it to other Sony kit, and you can even get an impressive 4 hour recording time out of it.

As Peter Kyriakos puts it: "That means in one single shoot the entire live event can be captured from beginning to end and at any point in time we can go back to that, see it in slow motion, and make sure that footage can be pushed forward."