How buying the right camera is a good long-term investment 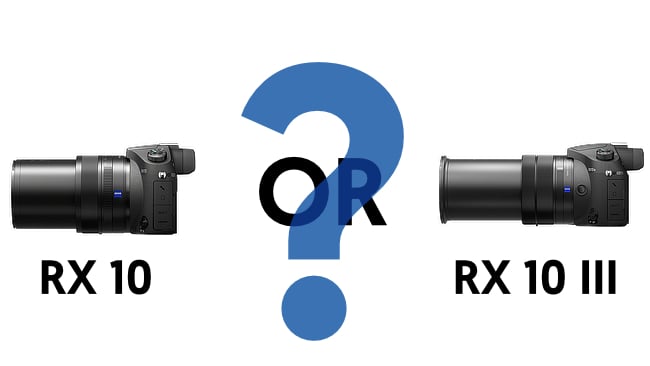 There’s a widespread feeling that camera purchases are increasingly transient and that they’re only to be seen as short-term investments. But the reality is different.

You know the feeling. You bought a camera (or a phone, or a laptop) a few weeks ago and you’ve just found out there’s a new version, better and cheaper. It seems to happen all the time, and it’s not a guaranteed way to improve your day.

Feeling this way is an understandable reaction, but it’s not always completely justified.

First, if the rapid release schedules and short product lifespans are a result of new technology, then the same is probably true of your last purchase. You’ve already benefited from this cycle, which is why your last buy was so cheap and so powerful. The fact that there is something else better and cheaper now might frustrate you because if you’d waited you would have had a better deal. That doesn’t stop the product you just bought from working and it certainly doesn’t make it worse.

In fact, there is a strong argument that you should wait until a new product is about to be announced before buying the previous one. Not only might its price be reduced to clear stock, but it will be a mature device. Sometimes buying a brand new product can be risky.

But is it actually true that cameras have short life cycles? Sometimes, yes. Look at the Sony RX100/RX10 series (although, admirably, most versions are still on sale at lower prices). But mostly, no. Some cameras stick around — for good reason — for years. Look at the ARRI Alexa, first available seven years ago. Sure, it’s been improved and upgraded, but in essence, it’s the same. If you’d bought one of the early ones, you’d still be happy with it now.

I’m all in favour of progress, but stability is a good thing too. One of the hardest things about being a professional is learning new equipment. The less you have to do this, the more you can spend your time creatively. I spent a good ten minutes the other day trying to find the “format” menu option on an unfamiliar camera. Heaven knows how long it would have taken me to find something more obscure.

The Blackmagic Pocket Cinema Camera has been around for about four years and it’s still as good as it ever was. The fact that it has a unique form factor for a video camera has probably helped it stay current. It’s “only” HD, but it’s very good HD and if that’s what you need, there probably still is no better buy. And of course, it’s improved over the years with new firmware bringing new capabilities and better specifications.

Sony’s F5 and F55 cameras — still absolutely current — have been on sale since October 2012. That’s four and a half years. The F65 has been around even longer: since 2011 (it has just won an engineering award from The Academy of Motion Picture Arts and Sciences). This venerable camera still has eye-watering specifications. If taken out of context it would today appear to be bang up to date in many ways, with its 20-megapixel, 8K single CMOS image sensor.
Some of the most beautiful-looking films of recent years have been shot with this camera and I suspect more would have been if it had a more user-friendly workflow — although you might ask yourself which workflow would be easier with that amount of raw data and bit depth.

At the opposite end of the scale, I’m a very happy user of a Sony RX100 Mk1 and an RX10 Mk 2. They’re both very good compact stills cameras that shoot very nice HD (but only HD). And they’re extraordinary bargains if you can find them.

We do seem to have reached a point where camera images, still or moving, are now easily good enough for virtually everything. In fact, they’re so good that you need to have correspondingly high-resolution lenses if you’re going to make the most of them.

Lenses have always been a good long-term investment and can sometimes last a lifetime. I doubt that cameras will typically last that long, but I do think we should stop worrying about what’s just been released unless we’re at the right point in the buying cycle.

And because you’re not compelled to upgrade all the time, you might feel that you can pay a bit more and invest in a class of camera above the one you’re used to. And maybe, if you do that, it will last even longer.

What do you think? Am I right about this?