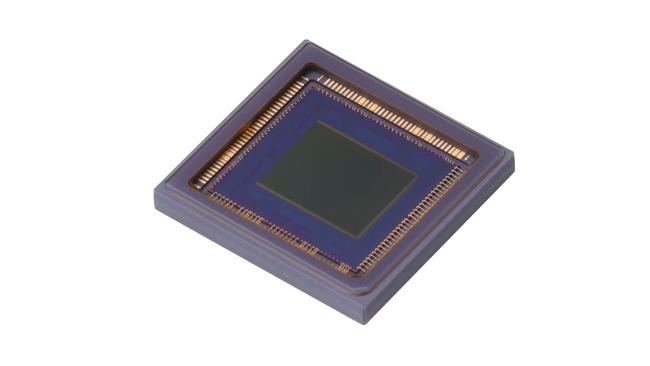 How can a camera company obsessed with protecting the 4K capability of their professional camera platforms coax their consumer base into buying new cameras with 1080p? Well, by giving them something else, like HDR and global shutter. That seems to be Canon's plan down the road.

Canon has presented a paper showcasing global shutter technology for a 2/3″ image sensor at ISSCC 2017 (which, since you ask, is the International Solid-State Circuits Conference). As Nikkei Technology then goes on to explain.

“Conventional CMOS sensors use the “rolling shutter” technology, which exposes lines of pixels in series (one after another). It causes a time lag when reading signals from each pixel, sometimes distorting the image of a fast-moving subject. On the other hand, the [global shutter] technology exposes all the pixels at the same time and is suited for taking images of fast-moving subjects. However, its dynamic range is narrow. To solve this problem, Canon made two major improvements.”

The rumour that Canon was developing a global sensor for its DSLR line has been circling for years. A global shutter can eliminate the pesky, yet wiggly rolling shutter that has been the bane of existence for shooters since CMOS sensors became popular. Global shutters have the advantage of reading all the sensor data at once with every frame, rather than a rolling shutter which has to take the time to read each individual line as it's exposed. This time lag when reading sensor data can often distort the image, especially when the camera or a subject in the image is moving (like a propeller - see the video below).

The 2/3” global shutter sensor currently in development is capable of capturing the light of the entire image in the frame. That flexibility came at a cost with earlier generations of global shutters: a narrow dynamic range. Canon has improved this issue by doubling the saturated electrical charge coming off the photodiodes and then reading the data twice during processing. The result is that the sensor can read up to 16,200 electrons at 60 frames per second, while the original sensor data is 8100 at 120fps.

Canon has also added a so-called “light guide structure,” which reflects more light onto the photodiodes in order to read the maximum amount of image data off the sensor. In order to accomplish this feat and not fall behind like their rolling shutter cousins, the new global sensor uses Canon's A-D (analog-digital) converter called "SSDG-ADC" to keep up. Both these improvements provide greater dynamic range, with less noise and under .45w of power consumption, easily better than a CMOS sensor reading the same image using rolling shutter.

Hopefully, Canon will see the benefit of deploying this global shutter in all future DSLRs, rather than keeping it for the higher-end platforms. Dual Pixel AF eventually made its way into every camera design, after debuting in the mid-range 60D. Here's hoping that history repeats itself because this new sensor can do wonders for DSLR video.

There's a lot of technical jargon that can be read in the white paper here.

And here's that propeller video by Kenneth Lu.