A 35mm film adapter could breathe new life into old Instamatic cameras. But why would you want this? 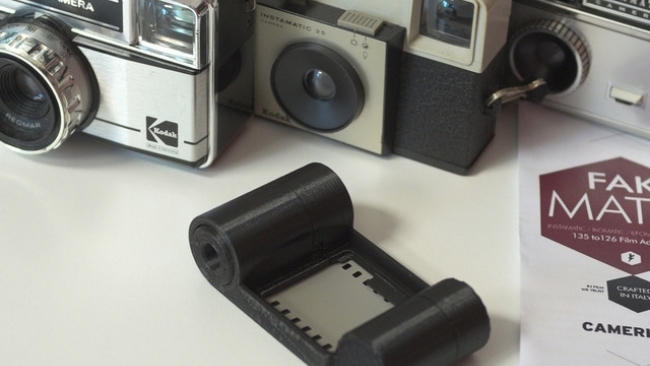 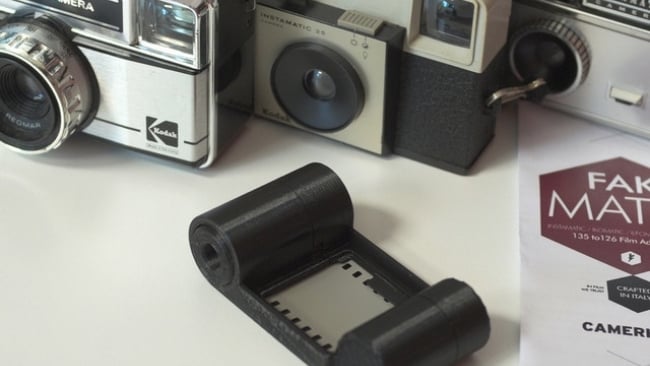 When someone figured out how to adapt an old Instamatic to take 35mm film, the only thing I could think was: just because you can do a thing, doesn't mean you should.

The hack comes from Youtuber “CameraHack” who used a 3D printer to craft a reusable Instamatic cartridge. Historically, the Instamatic used 126 format film, which is very close to the size of 35mm film. The 3-piece shell comes apart to reveal a take-up spool. Now here’s where things get old school. You can't just slide the 35mm cartridge inside of it and roll it out. It's too fat for that. So you have to get out one of those old camera bags that you used to load exposed film into its developing reel, use it to pull out the leader from the 35mm film and cut off the first few inches. This becomes important later on.

Once you do that, you can tape the cut end onto the take-up spool of the Instamatic adapter and pull out the film from the 35mm canister, rolling it around itself as tightly as you can. Then you can take in the spool at one end of the cartridge and the rolled-up film at the other. Leave a few frames in the 35mm canister, though, by cutting it off before the end. It'll make sense later.

All that's left is to place the cartridge into the Instamatic and you're ready to pretend you’re on vacation in 1969. To develop, you reverse the process. Since no one develops 126 anymore, you have to go back to the bag and tape the exposed film to that small piece you left in the canister and roll the film back into it completely. Now you can develop it at a local one-hour photo.

Camerhack estimates you'll end up getting about 18-20 on a 24 exposure roll, 36 exposures being too large for the adapter cartridge to house. That's a lot of work just to get an Instamatic quality image. It's probably much easier to Photoshop the look in post.

The video is here: