Is Nikon’s plan for the future a split between high-end and mirrorless? 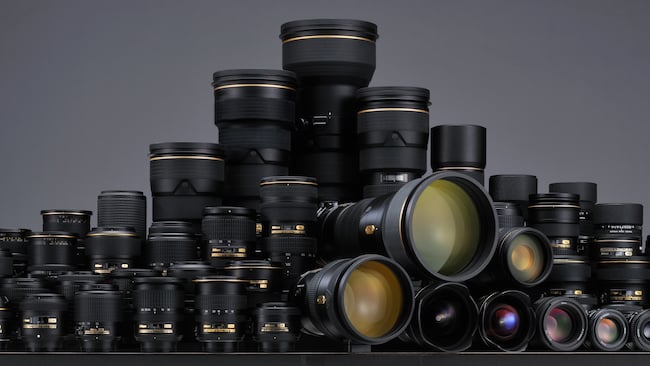 Nikon Glass: The secret weapon to ensure the next 100 years?

With Nikon celebrating it's 100th anniversary and making some of the finest SLR cameras and lenses in the world, you'd think it would be at the top of its game. But the truth is, Nikon is at a crossroads. George Shaw charts its possibe future direction.

Faced with a huge shortfall from last year, the company recently laid off over 2000 employees and canceled a long anticipated camera line. So what does the future hold? Well, it looks like the camera company is going to go high-end and mirrorless.

Nikon has been Tail End Charlie in the consumer camera realm for a while now, having fallen behind not only Canon, but also mirrorless leaders Panasonic and Sony. But, while the company is making plans to become profitable again, it also looks like its planning to rebuild its camera business by concentrating on the professional market for its DSLR lines, and going head to head in the consumer market with a concentration on mirrorless cameras.

It's a crafty strategy, that will no doubt greatly rely on what Nikon does best … its glass. With Nikkor lenses some of the best on the market, having a two-fold strategy that will rely on the strength of its lenses is clever, and aggressive. It's almost doubling down on battling its competition, but doing it from a position of strength.

The plan will require Nikon dropping some long-held product lines and offering fewer cameras in the future. I imagine that it will keep its D line to service its high and mid-range clientele, while dropping the lower end D3000 and 5000 lines.
Then, maybe we'll see that long rumoured full-frame large sensor mirrorless camera that has been talked about for nearly a year.

“When you are talking about larger sensor mirrorless, this is definitely also a market we are officially monitoring in detail and we are really considering this segment,” said Nikon's European Product Group Manager Jordi Brinkman last year at Photokina. “This is a growing sector. Those cameras bring innovation, a new level of technology. They’re faster, lighter, the autofocus and movie technology – they bring that kind of innovation that is demanded.”

Brinkman went on to say that this is in large part why Sony has had little competition with its Alpha line of full frame mirrorless cameras and that there could be an opportunity there to provide a solid alternative that takes advantage of the Nikon nameplate. But it also could be a long shot.

As early as last September, Brinkman confirmed that Nikon didn't have a full-frame mirrorless camera in active development. But that was before the camera company decided on setting a new course that could make the camera company more of a niche-oriented image company, rather than a consumer alternative. It can also further develop consumer grade mirrorless cameras as a test bed to developing more higher end interchangeable lens models.

It makes sense. Mirrorless has cracked the 4K glass ceiling for most camera makers. So by going after the mirrorless market, Nikon has the potential to leapfrog its main competition — Canon, which still offers HD at this level — without being slammed by mirrorless giants who don't have the advantage of Nikkor glass.

I don't think Nikon will ever abandon its high-level DSLR clients, but with a more lucrative mirrorless market before it, it should at least be able to stay around longer. Another 100 years? You never know…