The science behind a camera made of drinking straws 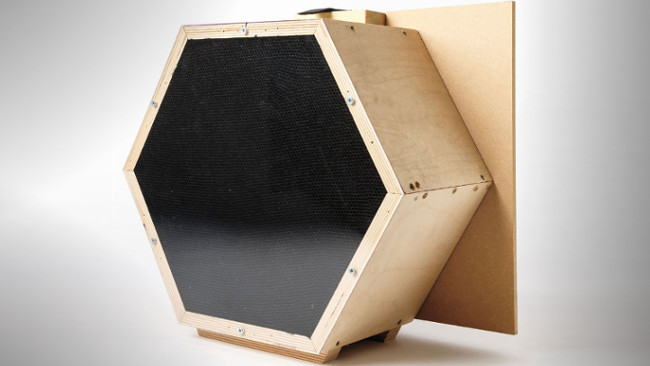 Cameras are made in one of two main ways: either using precision engineering, advanced microelectronics and carefully-written software, or out of a box of drinking straws. Several boxes, in fact.

Such is the approach used by the late Michael Farrell and Cliff Haynes, whose experiments involved what we might call 'optical arrays' or, in less flowery terminology, packing a case with drinking straws, putting photographic paper behind one side and aiming the other at a scene. The resulting images are more-or-less what we'd expect, being made up of a lot of small circles, which we can quite legitimately call pixels as each of them represents an average of the light entering the open end of the tube. The pattern of circles principally exhibits triangular symmetry, representing the maximum packing density of circles, although there's quite a few breaks in the regularity which represents the difficulty of creating a completely consistent stack of slightly flexible plastic parts.

Farrell and Haynes created other cameras, particularly one using a stack of the sort of fluted plastic sheet that's often used to protect floors during renovation work to a building. The artefacts are different, reflecting the inevitable small errors created when stacking sheets of plastic. These analogue errors are interesting and apparently slightly variable between shots as the stack of plastic parts shifts around. Perhaps surprisingly, viewfinding is possible when the stack of tubes is viewed from the opposite side, although the effective f-stop of the camera is very high and the resulting images are dim.

On the face of it, all this might seem like a slightly trivial idea. The images have a certain prettiness to them, possibly because of the use of photochemical emulsions to record them, but what's really interesting about this is the photographic geometry that results. A conventional camera produces an image that, in its sharply-focussed regions at least, recreates the view of a scene from a single point in space. In this regard, it's much like the human eye, producing a fundamentally two-dimensional (if ultimately stereoscopic) projection of a three-dimensional scene.

The straw camera behaves rather differently, since each individual pipe imposes its own perspective on the area of the image which it samples. With the pipes substantially parallel, the result is very nearly an isometric projection of the scene, one in which perspective does not alter the apparent size of objects at various distances. Conventional cameras approach (but never quite achieve) this with very long lenses, but the straw camera is a rare example of a camera which does produce something closely approaching an image which is completely foreshortened, inasmuch as there is no perspective falloff in the size of the subject. 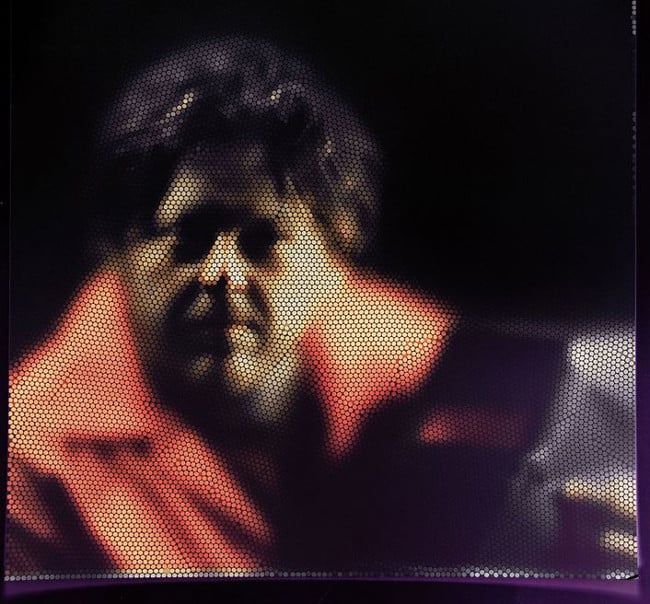 A crop of an image captured with the Drinking Straw Camera

As a practical matter, this is difficult to see, because the comparatively large diameter of the straws (at least compared to the size of a pixel on a more conventional electronic camera) limits definition, especially at longer ranges. The further away something is, the larger an area of it is visible to the sensitive material behind each straw, so that the resolution of the camera will fall off very quickly with range. This is, to an extent, a similar situation to the optical fibre relay blocks which are used in certain machine vision and scientific imaging applications. A stack of optical fibres behaves very similarly to the straw camera, relaying a two-dimensional image from one place to another without the compromises to geometry which are inevitable when using lenses to do the same thing. It's used in circumstances such as DNA sequencing, where tiny flashes of light caused by chemical reactions are recorded on very large CCD sensors.

It's hard to say whether future camera arrangements could make use of this sort of perspective-less imaging. The precipitous falloff of resolution and sensitivity at range will probably ensure that current techniques continue to dominate. In the meantime, Farrell and Haynes' experiments have produced art which many people would be pleased to hang on a wall. There's no sign yet of a direct-view option, where a conventional digital camera would be used to record the picture in similar manner to a modern medical X-ray setup, but it's probably possible.