Shooting in cold weather with a smartphone 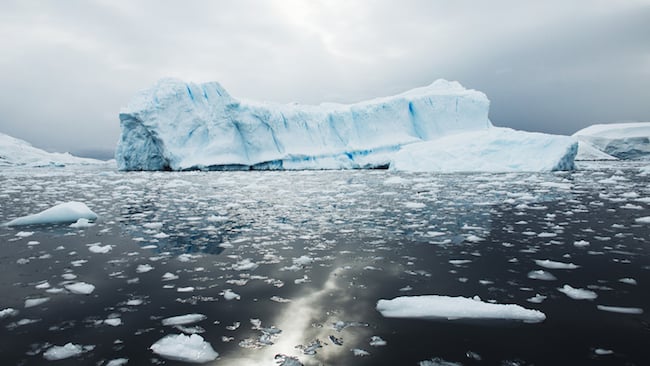 Smart phones can take good pictures in any environment. The batteries work a bit less well...

With snow threatening on both sides of the Atlantic, and elsewhere, John Bozinov’s experience of shooting with the iPhone 7 in the Antarctic may be instructive.

Ansel Adams famously said that “the best camera is the one you have with you,” but the main disadvantage of shooting with your smart phone in extreme cold conditions is that low temperatures can drastically shorten battery life. Many have taken to keeping their batteries, and by extension their smart phones, in their pockets until the very last minute to keep them warm. Others use chemical hand warming packets to keep those pockets toasty in order to prevent the cold weather from seeping in. One thing you definitely want to make sure is that you start the day with a fully charged battery — and switch to Airplane mode wherever possible.

Smart phones do have significant advantages over DSLRs in these sorts of conditions though. Shooting with bigger imagers can cause condensation to occur as you move that camera out of a warm pocket and into the cold, where the air around the lens can condense upon the element. By shooting with a smart phone instead, you can minimize dealing with condensation inside the camera's interior elements.

Of course, the smart phone does have disadvantages, especially when it comes to photographing wildlife, which brings us to John Bozinov. As Peta Pixel reports, the New Zealand-based photographer was on a trip to Antarctica and managed to photograph Emperor Penguins extremely close up with his iPhone 7, largely by dint of them not having learnt the (very sensible) flee response to human beings just yet.

Boxinov was thus able to shoot some remarkably effective images through the iPhone's 29mm focal length. Toss in that luscious bokeh with portrait mode and his website illustrates just how dramatic shooting down on the glacial plain can be.

In the end, when shooting in harsher conditions it becomes both practical and advantageous to lower your imaging footprint and use the kind of gear that can maximize your impact while dealing with minimal temperatures. Just remember about that battery…

With thanks to Peta Pixel for the nod.