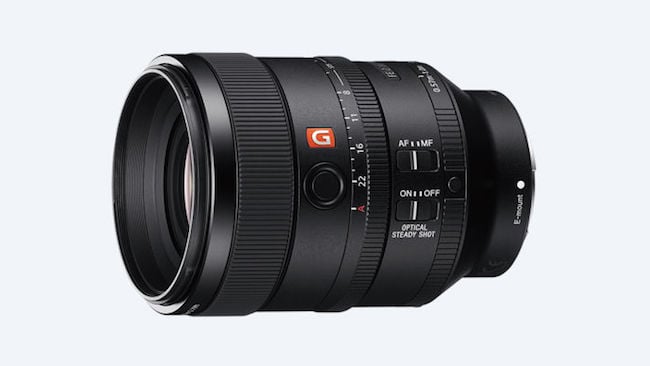 Sony’s announcement of two new E-mount lenses (and a flash with remote capabilities) yesterday probably says as much about what else Sony is working on as it does about the products themselves.

We have come to expect introductions of new Sony mirrorless cameras in February, right around the WPPI show in Las Vegas. Many of us have been speculating with good cause that we will see the next generation of Sony A7 cameras and perhaps, as others have opined, a high end mirrorless camera. The fact that Sony did not convene a large press event though gives us all strong reason to conclude that the mirrorless cameras just aren’t ready yet. We’ll just have to wait patiently.

What was announced, however, will be viewed with tremendous interest by still photographers while also adding more options for video shooters.

The latest in the GMaster series, this lens is the first E mount lens to offer Smooth Transition Focus (STM), a feature present in A mount lenses for some time as well is in a few other manufacturers such as Canon and Laowa. In fact, STF technology was developed by Minolta and acquired by Sony with its acquisition of Minolta in 2006.

STF essentially eliminates peripheral distortion through what is known as an apodization element. This element softens transitions between in-focus and out-of-focus component of the image. It has a quiet Super Sonic Motor (SSM), built in lens stabilization, aperture ring marked in both f and T stops as well as an 11-blade shutter for pleasing bokeh. It also has macro capabilities, focusing to about 1.5’ with .25x close ups. Like all G Masters, it is designed to bring out the best in stills. And video can benefit from it as well. The lens will retail for $1500 and be shipping toward the end of March 2017.

This is a popularly priced lens in Sony’s G Series of glass. It is designed as a portrait lens or for video it is a particularly nice focal length for interviews. Priced at only $600 it is a less expensive option than the G Master 85mm f/1.4 and is targeted to “enthusiast” markets. But certainly professionals could benefit from the sharpness of the G series and from its wide aperture. It will also be available toward the end of March 2017.

The new HVL-F45RM flash is designed to complement the compact bodies of Sony’s E-mount camera line-up including full-frame α7 models, produces a maximum lighting output as expansive as GN45. The radio capabilities of the HVL-F45RM allow it to be used as a transmitter or a receiver at up to 30m , radio-control means it doesn’t require direct line-of-sight, while its battery life is good for up to 210 bursts.