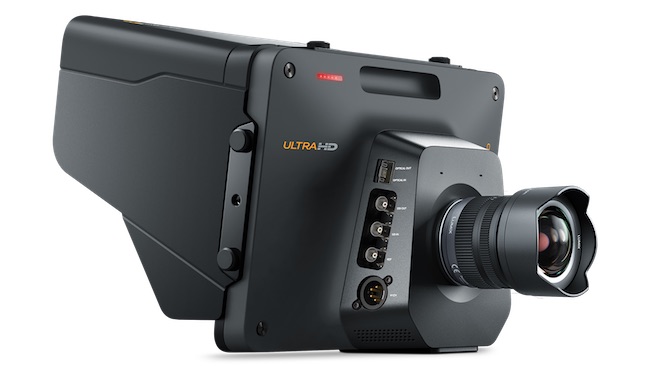 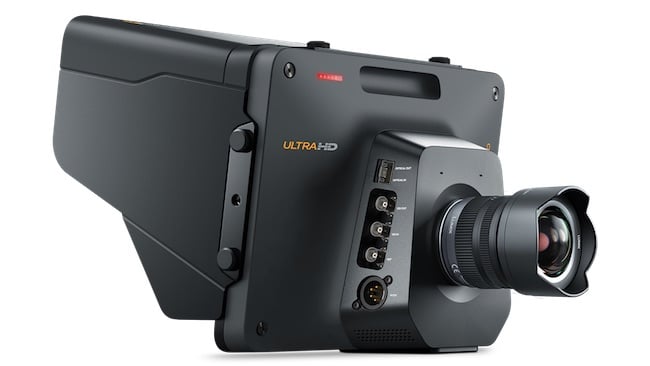 As well as the new web broadcast gear, Blackmagic Design has expanded its Studio Camera line-up with two new battery-less models that are not only lighter and cheaper but easier to ship around.

The new units are in response to customer feedback. many users stating that during live production they have no intention of relying on the battery and hook the cameras up to AC power. Therefore it makes sense to provide them with one, especially as removing the battery brings several benefits.

First is price. The HD Studio Camera has now dropped $200 to $1495, while the Blackmagic Studio Camera 4K is now available at an $800 reduction of $1695. By any stretch of the imagination that is an extremely competitive price, and is one of the narrowest margins we’ve seen on UHD kit over and above HD. ‘4K for free’ isn't there yet with cameras, but it’s not far off.

From what we can tell the spec on the new camera isn’t different to the old ones, though obviously they’re going to be lighter without the internal power source. The big advantage of removing the battery though is that the cameras can now sidestep all the recent legislation regarding air transport and rechargeable units and can now be shipped via air freight for location work. Cheaper and easier.

Blackmagic also points out that the newly released ATEM Television Studio HD switcher is a good match for the cameras as it features a built in talkback converter, making a separate unit redundant.