Should you 3D print your camera accessories? 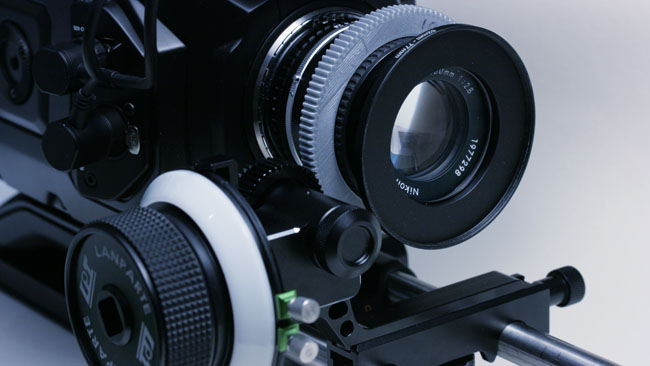 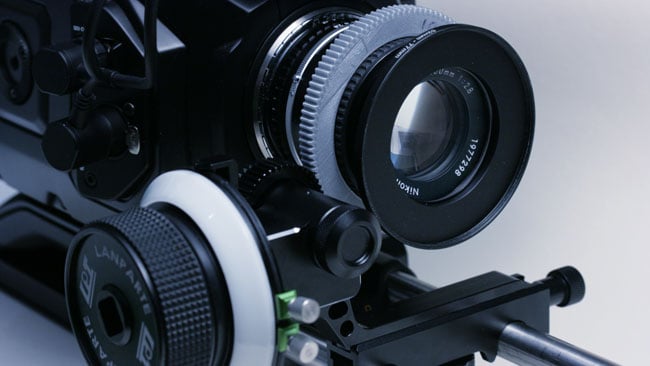 Free 3D models of camera accessories are readily available. But does it really now make sense to 3D print your own lens gears?

Some of the flakiest bits of engineering currently being inflicted on filmmaking are those horrible wraparound lens gears. Some are better than others, but you know what I mean - the flexible plastic strip which slips in the middle of a difficult and otherwise impeccably-executed setup, preferably one involving a pyrotechnics with a five-hour reset time.

Times like those are the ones that everyone thinks look like an absolute blast on the behind-the-scenes footage, but in reality involve a lot of people running around checking things, gnawing their fingers down to the bone in case their department is afflicted with the sort of SNAFU which will make the people from all the other departments glare at them.

All right, there will be no further hyperbole and, we should admit (through our teeth) that circumstances exist in which we have to find a way to connect a focus motor to a randomly-selected lens. In fact, the cheaper and nastier the lens, the more likely it is to have a tiny focus rotation, so that the ability to gear it down electronically becomes evermore crucial. There are a number of very reliable solutions to this problem, from ground-up rehousing in an entirely new metal shell, through custom gear machining services. The problem is that all of these things involve significant expense and significant lead time, which, in 2017, pushes us towards the realisation that it's possible to make lens gears using a 3D printer. 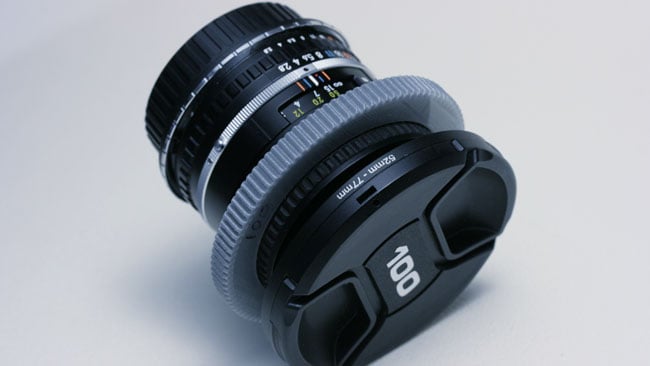 It is, to be fair, only just possible to make lens gears using the type of deposition printers that are most common at the moment. Regardless of their claims to precision, squirting molten plastic out of a nozzle is a technique capable of accuracy which would embarrass a real machinist. The shape of cinema lens gear teeth created using this technique is on the very borders of usability. The key is that it's possible to print a gear that has an internal diameter very close to that of the relevant external diameter on the lens, so it's actually possible to attach them pretty securely.

The lenses shown here are from Nikon's low-cost Series E, products of the early 80s. While Nikon pointedly withheld the Nikkor branding from these, changing times mean they're actually better built than a lot of modern autofocus lenses. As cinematography devices, they suffer short focus rotation (though again, not as short as some modern glass) and only match tolerably well, but as a low-cost way to own a set of primes that can ride on a speed booster, they're not a terrible option. Also, the focus grips are the largest diameter parts, when approached from the camera end of the lens, so it's possible to slide focus gears into place without doing any disassembly. This is generally not the case on the commonly-used Nikkor AIs lenses, where the mechanical aperture interface must be removed, but it isn't rocket science. 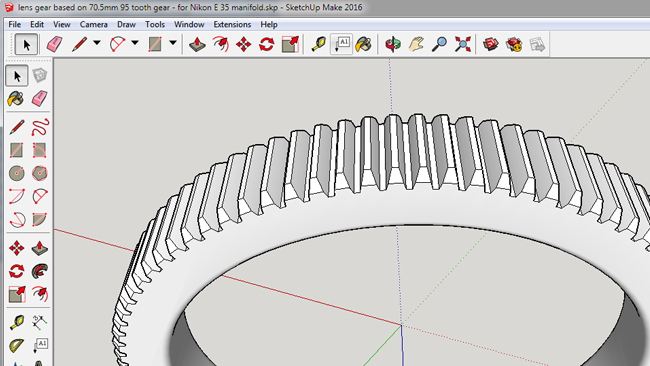 Setting up a gear in Sketchup

Even on a quality deposition printer, creating perfectly aligned friction-fit parts like this is still not entirely push-button. These particular lenses have slightly compressible rubber grips, so it's possible to ease things into place, but each of these gears needed minor manual finishing (keep the shavings away from the lenses) to finalise their fit. The result is very encouraging. Is it as good as a properly-machined gear? Of course not, but it's vastly cheaper, much more available and a full light year ahead of the strap-on flexible strip. There's a bit of ingenuity required with the software, but these gears won't fall off or rotate against the lens barrel, at least with any amount of force that doesn't just threaten to break either the plastic or the lens itself.

For camera equipment, there is a need for this sort of engineering. Mounts for odd pieces of equipment are an obvious target. While it probably isn't a good idea to try and create an entire rod-mounting mattebox and follow focus system from the ABS plastic used in these printers, someone has, of course, done it anyway. Better technology, such as laser-cured resins, can offer better precision and, frankly, more professionally-acceptable results from a cosmetic point of view. In extremis, we could raise concerns about whether the slightly uneven gear surface would create noise during fast focus pulls and whether a real, expensive follow focus gear might be scarred by interfacing with the rougher printed option. So far, these concerns seem to be largely theoretical.

Close to, this reduced-thickness test gear shows the artifacts of the process used to create it,
but it's good enough to work fine.

The gears shown in this article were based on 3D models freely available here, and printed on an Ultimaker 2. The current UK price of this printer is around £2000, so you'd need a better reason to buy one than just printing lens gears. We used silver polylactic acid plastic (PLA) because that's what happened to be loaded. It might have looked better in black, but the PLA plastic is harder than ABS, plus it's biodegradable. Probably either would work. Each gear took about half an hour to print and the cost of them in materials, overlooking the printer and time, was pennies.

Achieving this level of sturdiness probably requires the lenses, the printer and the software to be in one room. It might be more difficult to send the gears out to be printed at a bureau, but it's certainly possible. As things improve, the applications of this sort of technology seems likely to make very big waves. This is true particularly in medicine, where variations are being used to print precision-fitting components for implant. In this context, our application seems pretty trivial, but even right now it's a quick and affordable way to gear up some lenses.