The rather magnificent return of Kodak Ektachrome 100 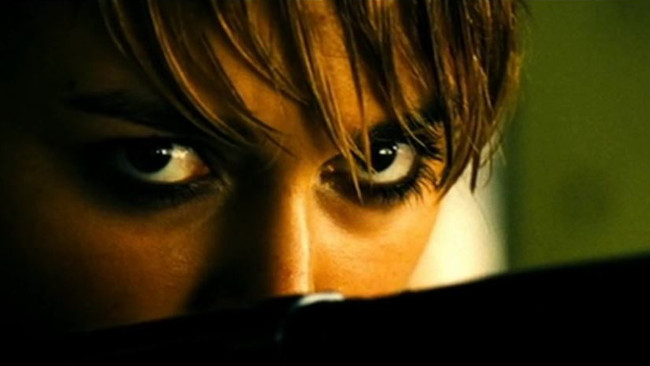 By reintroducing a favourite but discountinued film stock, Kodak seems to understand that there's a growing call for something other than clinically clean images abroad in the industry.

It's now all over the internet that Kodak has announced a re-release of Ektachrome 100, its famous and much-beloved daylight reversal film stock. Last made in 2012, the film was particularly popular among a certain breed of specialist stills photographer, as well as thrill-seeking motion picture people. To be fair, it'll probably seem a bit inconvenient to people used to ISO 800 sensitivity from digital cameras and the best-suited cinematography applications are likely to be day exteriors. With any luck, though, this is a development which will somewhat transcend petty concerns over sensitivity and people's desire to light everything with a pocket-sized LED flashlight, because this sort of thing – sharp, punchy reversal – is what film is supposed to be about.

Kodak's move is probably intended to support the world's stills photographers, who outnumber cinematographers many-to-one, but a new reversal stock answers a rather specific call from both groups. The desire in film manufacturing has naturally been for colour accuracy, resolution and dynamic range, much as with electronic cinematography. Film, being a more mature technology, spent a long time being significantly ahead in these areas. It was then refined even further, to the point where, by the end of its deployment as the most popular cinematic acquisition technology, there was almost too much of a good thing. Some current stocks are so low in grain and contrast that they lack the snap and punch that many people want when they shoot film.

Ektachrome has a shot at, ahem, reversing this trend. Reversal film is intrinsically higher in contrast than negative, but Ektachrome is an older design, as well. Whether the modern product has much relationship to the 1940s original remains to be seen, but the company seems to understand that at least some people aren't using film because they want maximum flexibility in post. Instead, they want something which can handle shrieking, screaming, twenty-stop-over specular highlights, render a high contrast image with depthless blacks and powerful whites, and clip, yes, but to get there without any unpleasant harshness or strange artifacts at the edge of overexposure. That sort of thing can still plague the best digital cinematography unless there's a sufficiently experienced hand on the controls in post. Film can still do things digital can't.

The modern stock is certainly to be a reformulation, but, more than concerns over exactly how it looks, there's the issue of how easy it'll be to find processing. In Italy, the resurrected Ferrania seems set on releasing another 100-speed reversal film which will also require E-6 processing. The chemical treatment of reversal film is utterly different to negative and considerably more complicated. At a stills photography scale, it can be done by hand in a darkroom, if you're feeling particularly adventurous. For motion picture, it's a pretty upscale industrial process. Or, of course, you can cross-process it and claim the utterly strange results are as intended, although they'll still charge you extra.

Still, given the popularity of the late, great Tony Scott's work (the trailer for Scott's Domino is below), it's hard to deny there's a desire for this sort of stuff. Film is not just about creating clean, conventional images, at least not anymore; even at low levels, if people want to pay for film, they'll quite often want that fact visible on screen. Of course, carefully shot reversal can look fairly conventional, but Kodak seems to have decided that there's a market for the unconventional, as well, and that seems like a pretty reasonable idea.