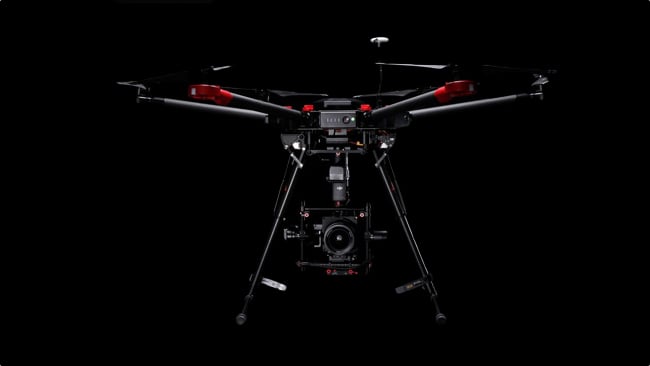 More of this to come? A Hasselblad A5D mounted on a DJI Matrice 600

Last year DJI Innovations bought a minority stake in classic camera brand Hasselblad and this year it’s gone the whole hog and acquired a controlling share of the company.

Aside from buying one of the most iconic names in high-end photography, the question behind DJI's move is why? Well, maybe that’s the point. With ink on the deal barely dry, and neither party quoted anywhere as yet about future plans we can speculate that either DJI, the Chinese drone market leader, is branching out into specialist cameras separate from aerial filming, or more likely, it will integrate Hasselblad tech into its Phantom UAV range.

Hasselblad started out around the same time as Kodak (founder Arvid Hasselblad apparently met Kodak founder George Eastman on honeymoon in 1888) but came into its own post second world war making medium format film stills cameras, notably the 500 C design. Its cameras were subsequently used by NASA almost exclusively on the Apollo missions sending the Hasselblad brand into an orbit of highly desirable objects. Despite this the firm struggled to make the move to digital and was sold (from Chinese camera distributor Shriro) to private equity firm Ventizz in 2011.

Since 2003 the firm has been making DSLRs, gradually growing is H range until introducing the H5D-50C, a medium format CMOS camera system, and in June last year, the X1D-50c, the first of a new line of medium-format mirrorless imagers. In a market of declining prices Hasselblad wasn’t afraid of keeping a premium. The X1D-50c, for example, is listed as $8000 body only.

While DJI has developed its own cameras, including the Zenmuse X5R, a Micro Four Thirds camera capable of recording 4K in RAW at framerates up to 30fps, its drones tend to be eschewed by UK based aerial filmmaking companies in favour of heavy duty heavier lifting craft which can fly professional digital cine cameras like a RED or Alexa Mini plus the weight of professional lenses.

Could a reworked Hasselblad camera combined with craft payload in the range of 13kg/28lbs be DJI’s tilt at Hollywood? Certainly the cache of a classic brand on par with a Rolex, longtime partner Zeiss (or Saab) will do no harm in tempting more filmmakers onboard.