Sony XDCAM: Still kicking after all these years!

Replay: We take a moment to remember the heyday of Sony XDCAM, a revolutionary optical disc format that still has some relevancy today. 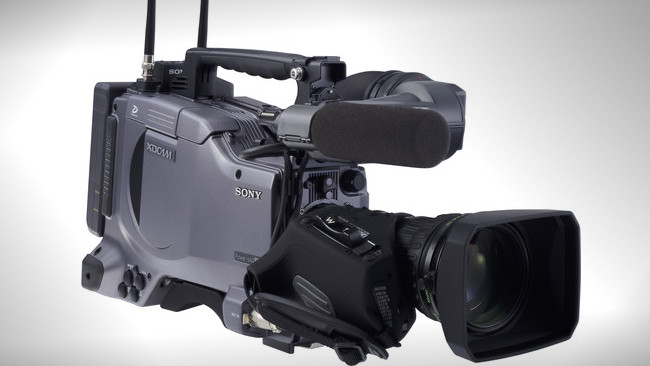 It is the tail end of 2004 and every camera that is in current use records to some sort of tape system. Analogue Betacam is still in widespread use, the Canon XL1 and XM1 are the go-to low budget corporate & industrial work horses and are often the indie no-budget cameras of choice. The DSR-500 is your 'achievable' dream camera. Digibeta is the gold standard, although if you were really lucky, you might have been able to use one of those newfangled HDCAM things. It is a time when debates raged as to whether high definition would take off in the mainstream and, if it did, would we really need any higher resolution than 720p?

It seems like the dark ages now, but that is how it was only just a smidgen over 15 years ago. It was at this time that Sony decided to release a new camera system into the world – one that would eventually go on to change the way we thought about footage acquisition. It didn't really receive much fanfare at the time of its initial release. Unlike now, there was a dearth of camera gurus and tech websites that were really that bothered about the professional camera systems. For better or for worse, I helped change that and ended up playing my part in creating a monster, but that is another story.

The system in question was XDCAM Optical Disc and it helped catapult a revolution in the way we thought about and dealt with footage acquisition and editing.

Sony's initial XDCAM lineup, camera wise, consisted of the PDW-510 and the PDW-530. The 510 was a sort of DSR-500 equivalent, while the 530 sat between that and the Digibeta line. Both cameras were standard definition, 16:9 affairs, and both used the same 2/3" chips, capable of both interlace and PsF (Progressive Segmented Frame) modes. The 510 recorded DVCAM 25Mb/s footage at 4:2:0 or 4:1:1 colour sampling depending on your region, while the 530 recorded up to 50Mb/s 8-bit footage with 4:2:2 colour sampling. 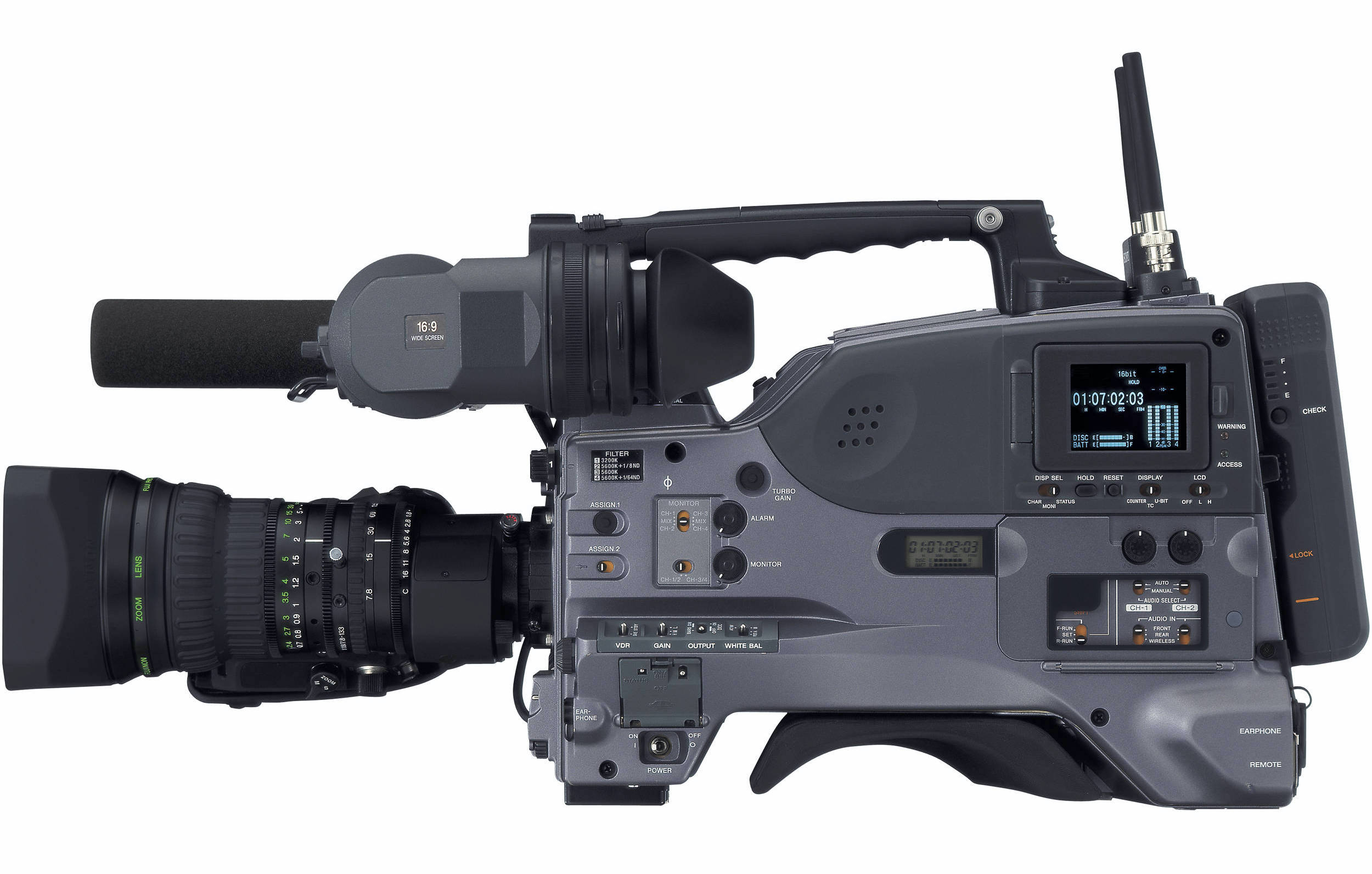 XDCAM was a revolution of features

What made these cameras stand out from the crowd was that they recorded to nonlinear optical disc. You could delete clips (the source of more heated debate), record pre-recorded caches to ensure you didn't miss surprise moments and add meta-data to help editors highlight particular parts of the footage. You could name clip filenames and group them into scenes. Even something as straightforward as easy timelapse to single frame accuracy was now possible – something that could not be done on a single frame basis very easily on tape based cameras.

Footage could now be transferred to the editing system faster than realtime, and lower resolution proxy files were created alongside the full resolution footage to allow the editing process to be sped up before being conformed. You could, for example, ingest the proxy files for faster transfer while the editing system continued to import the full resolution footage in the background. A few firmware updates later and you could even perform rudimentary assemble edits in camera.

You could show a client any clip from those you had recorded, too – a total revelation at the time. There were many other functions and, as a system, it would help change things forever. But it wasn't without its critics. Just like the debate with high definition, there were many stalwarts who would only move to a tapeless recording system over their dead bodies! I recall once being told that I was an idiot (their words, not mine) for even thinking that a nonlinear tapeless recording system could ever begin to approach the reliability of tape.

The reason? The person in question only had his experience of writable DVD and CDs to go on and compare to the entirely different XDCAM Optical Disc system. 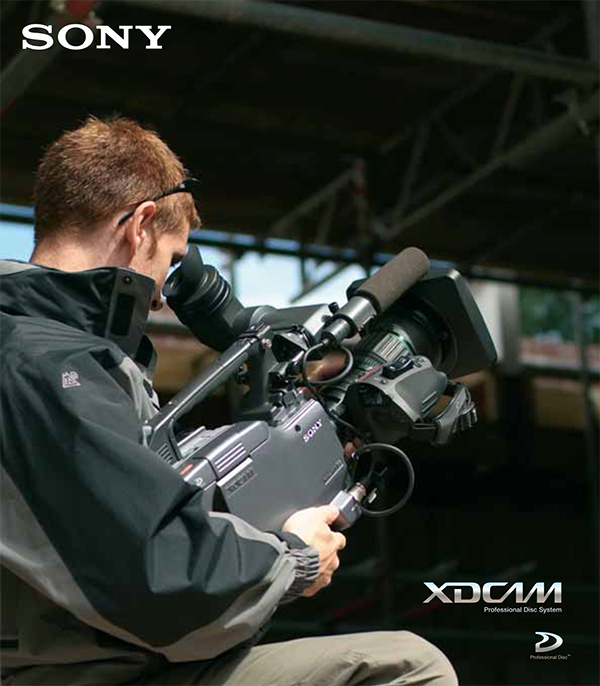 Yes, I got myself onto the cover of one of the XDCAM brochures.

Rival systems. The arrival of P2.

Panasonic brought out its P2 at the same time as XDCAM Optical, and debates raged as to whether discs or solid state were the way to go. When the systems were first released, Optical was by far the most practical. Footage could be stored longer and the discs were cheap enough that you could afford to bring a lot with you onto the shoot. Discs could also be handed over to clients, if you could find one who knew what to do with it! By contrast, P2 cards were very expensive. They couldn't be handed over to clients and it was much more difficult to afford the costs of bringing a lot of them along. Indeed, many US news operations who used P2 cards at the time had to record at lower bitrates to conserve space, although P2 did offer much faster footage transfer speeds and other benefits.

What was truly great about XDCAM Optical was that Sony created a whole ecosystem – not just the cameras, but a whole workflow, from acquisition, through to footage transfer, logging, editing, and long term storage at the end of a project.

I owned a PDW-510, possibly one of the first in the UK, and aside from the solid state PMW-EX3 that I had much later, it was the best camera that I have ever owned. I was alone in a sea of tape users at the time, but I made it work because I rarely had to hand over footage to other companies or camera ops. Even when I had to work with news organisations on occasion, it was usually pretty simple to bung over the DV stream via the Firewire port, even if it did cause a few raised eyebrows. But that wasn't my bread and butter, so it didn't matter.

The PDW-500 series was superseded shortly afterwards in the latter half of 2006 by the PDW-300 series 1/2" XDCAM HD cameras, which are now much more widely known and people often think of when XDCAM disc cameras are mentioned. But it was the PDW-510 and PDW-530 that started it all off.

Is XDCAM a product of the past?

The XDCAM Optical Disc system, you would have thought, would now be a product of the past, but in fact it still has a lot of relevance. Sony not only still produces Optical Disc cameras in the form of the PDW-850, but a modified optical disc system is now a major part of Sony's long term storage solution in the form of the write-once Optical Archive cartridges.

There are still many advantages to the base XDCAM disc system. Price is one aspect. A triple layer 100GB disc can be bought for £70, while a 50GB one can be purchased for around £28. While the read/write speeds cannot match those of solid state, they do offer alternative features. XDCAM discs are extremely well protected inside a hard plastic case and the surface of the discs themselves is incredible tough. They have extensive error protection systems, too. Data can often be retrieved from damaged discs by sending them off to Sony, something that cannot be said for solid state cards. 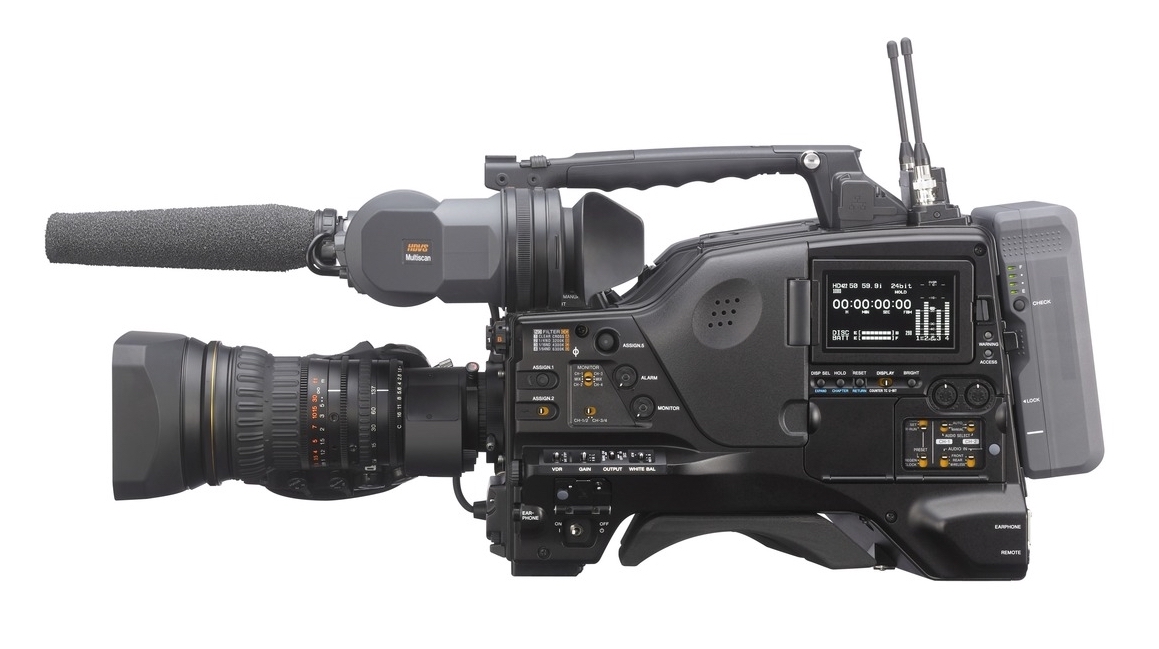 In all the time I used the XDCAM Optical Disc camera system, I never once had a breakdown, truncated footage or recording error. It is an incredibly robust system. I also never had any issues thinking that I had pressed record, but in fact hadn't. When that record button is pressed, XDCAM disc cameras give a good reassuring clunk that lets you know that recording has started! When a disc is full, it can be taken out and the details of what is on it written on a decent sized label. Fancy that!

In fact, when Jeremy Clarkson et al stopped Top Gear at the BBC, their main cameras were PDW-800's for location recording, due to their extreme resilience and reliability. Andy Wilman is on record as saying that it was difficult to leave those cameras and their known reliability behind for the need to record 4K for the new Grand Tour series. In the many environments they found themselves in, the reliability of the system far outweighed considerations of outright filmic picture quality and it allowed for huge volumes of footage to be dealt with easily and efficiently.

The read/write speeds may be slow by current tapeless standards, but in comparison, I have had all sorts of recording errors and dropped frames since moving to non-proprietary solid state SD cards. The only way to minimise this is to use a proprietary system such as P2 or Sony's XQD and SxS cards, which do, of course, have a significant price tag attached, as well as becoming useless if you move to a different system.

Time to go back to discs?

Would I go back to recording to optical disc now if I was given the chance? Umm, no. With the transfer speeds it was capable of 4K and above would be painfully slow working, and the speed of solid state really is fantastic. But solid state is still relatively pricey for the capacity and speed of card that we now require for both 4K and 8K recording. There is simply no solid state equivalent to the price/reliability ratio of XDCAM discs today despite their now quite glaring shortcomings.

There were many people who said that the XDCAM disc system would be finished within a couple of years, that the footage recorded on them wouldn't last, and that it wasn't as reliable as tape. But it is still here and it is still in use around the world; its reliability is very well proven. The original basis for it has now given us some sort of solution to long term footage  storage, too.

But while XDCAM Optical Disc cameras were a lovely system, the system's speed and in fact the size of the media, wouldn't be accepted in wider circles today. It still has relevance for some purposes, but its days as a truly mainstream footage acquisition format are over. I only hope that at some point in the near future, thoroughly reliable solid state recording, with error protection will become as affordable as the XDCAM discs are.