How much action can you pack into a single high-speed take? This much. 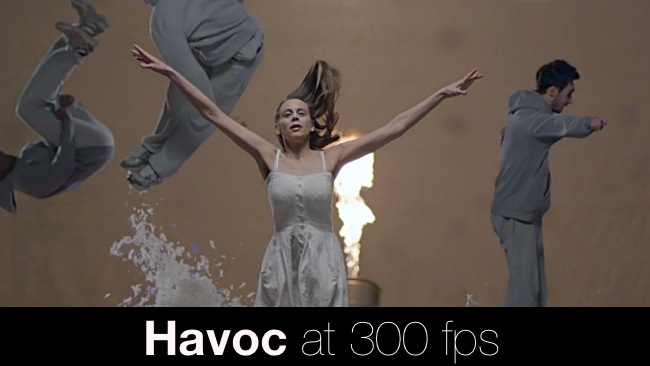 Using just a single RED Epic and a simple 75mm master prime… oh, and an old building crammed with actors, dancers, acrobats, complex lighting, technicians, directors, producers and the film crew, this amazingly complex video was captured at 300 fps in a single shot

It would have been complicated at normal speed, but this tightly choreographed sequence had to be performed in a tenth of the length of the video in order to "unravel" into the performance the director had in mind.

This is one video you can't watch without wondering how it was done. Watch the finished version first, and then the "Behind the scenes" film afterwards. It really is quite amazing and you have to wonder, even though the finished result was the result of a long, single shot, how many times did they have to do it to get it right?