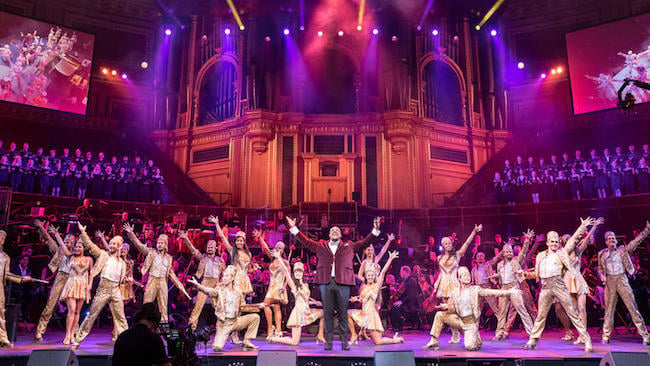 While 4K in the home is still a rarity, there are signs that things are changing quickly, and nowhere more so than in the capture of prestigious live events.

The Albert Hall in London is an iconic venue and home to the BBC's famous "Proms" series of summer concerts. The round shape of the building was never the best option for concerts because reverb was far to strong, until, that is, the hall management installed a forest of mushroom-shaped sound baffles suspended from the ceiling, bringing the reverberation times back to tolerable levels.

(Originally there were 135 fibreglass mushrooms but in 2001, tests suggested that removing 50 of them would actually improve the sound further. This was done, and at the same time, some were repositioned, bringing the concert environment up to a more satisfactory level).

With around a 5500 maximum capacity, it is a major venue, and yet retains a level of intimacy for both audience and performers. 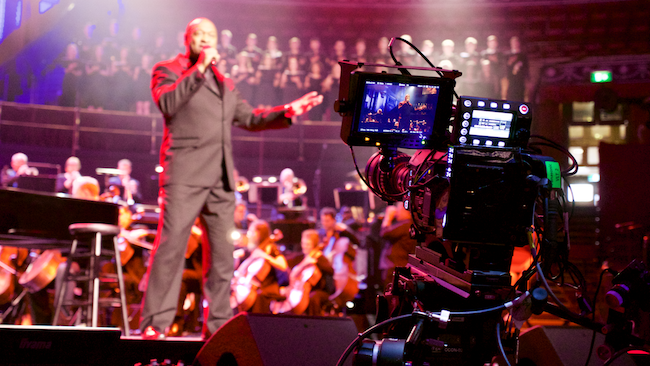 In October 2016, a new Disney concert featuring music from Broadway shows was premiered in Europe at the famous London venue. It was a one-off show, and was captured on video for Sky Arts, to be shown on 21st December. Panasonic cameras were chosen. There were 13 Varicam LT 4K Cinema cameras, 2 AK-HC3000 4K studio camera systems and five AW-EU 4K integrated PTZ cameras.

The event's producer, Jay Hatcher, Broadcast Video Director, Walt Disney Parks and Resorts, said that he was aiming for a "cinematic look", and a "visually stunning product to match the magic of the music.”

John DeMaio, the concert's DOP said that the production took advantage of the VariCam LT's ability to shoot with dual native ISOs of 800 and 5000. The higher sensitivity was ideal for audience shots and meant that there was no need to flood the audience in objectionably bright light.

The concert was shot in 4K V-Log. The feeds from the UC3000s and the UE70s was captured in ProRes 4444 to AJA KiPro recorders. Editing was in Adobe Premier Pro with colour correction handled by DaVinci Resolve. 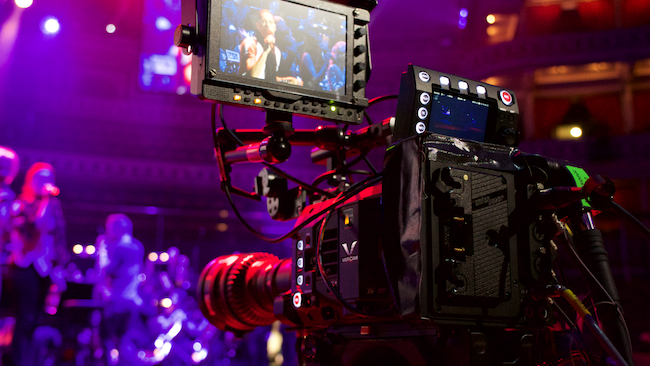 DeMayer said that "we didn't realise the full effect (of shooting in 4K V-Log) until after the colour correct. Details jumped off the screen and brought the show to a whole different level — basically, our jaws dropped".

We think this concert recording is significant because it shows that concert promoters and management are beginning to realise the benefits of working in high resolution and with a "cinematic" look. We presume that it would also be possible to produce an HDR version of the concert at some point in the future: the Varicams are fully capable of this.

Disney's Broadway Hits is on Sky Arts at 21:00 on 21st December with multiple repeats over the festive season.