Paperman - where paper and CGI meet 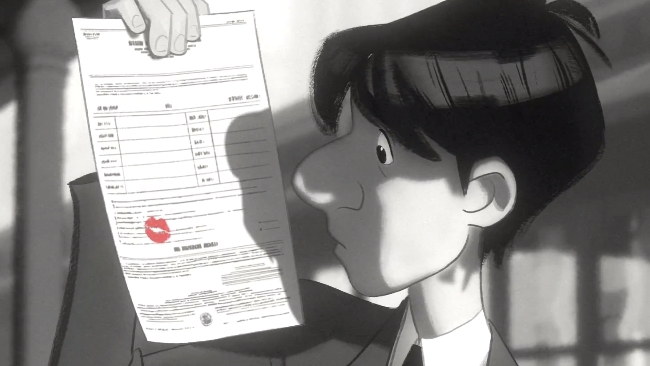 Previously only screened in theaters with the feature Wreck-It-Ralph, Disney released its Oscar-contending short, Paperman, online

UPDATE: After posting this article, the Paperman video has since been removed from Disney's Youtube channel. We apologize for the inconvenience. We've replaced it with a link to a "Making Of" film that explains the techniques behind Paperman.

Back in December, we profiled Paperman, a buzz-worthy short from the good folks at Disney. The Mouse included the short in the theatrical release of its hit, Wreck-It-Ralph; great news for movie-goers, bad news for us. Due to copyright restrictions, we couldn’t show you the full short, instead opting for behind the scenes videos on the animation process. Our readers really responded to the article, covering an experimental combination of 2D art powered by 3D models and animation.

Since then, Paperman has been selected as a nominee for Best Animated Short for the 2013 Academy Awards. Disney, in its infinite marketing wisdom, has finally given the winning romantic short its widest possible audience, by releasing it online. Now let’s see how long it takes Paperman’s biggest rival, The Longest Daycare (starring The Simpsons’ baby Maggie), to follow suit...