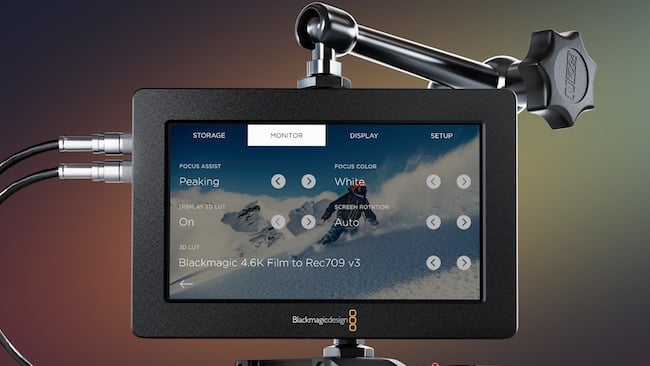 RedShark Review: Last month’s rollout of v2.3 firmware for the Blackmagic Video Assist 4K added 3D LUTs among a range of new features and elevated the $495 base price unit from an item of intrigue to a serious component of the filmmaking toolkit.

We held off talking about Blackmagic's Video Assist 4K because it was fairly clear there would be an update coming soon. The launch features had the feel of being a bit of a placeholder, leaving you feeling that the hardware was capable of a lot more. It’s therefore encouraging to see that more has duly arrived.

The device itself is literally half the price of many competing products, available as both a five-inch model recording HD, and the larger seven-inch $895 edition reviewed here. This offers much the same sort of seven-inch, full HD display as on more expensive options and will – perhaps uniquely – record 4K video at up to 30 frames per second to SD cards.

The layout is fairly conventional, with a capacitive touchscreen, batteries on the back and connectors on the sides. Main signal I/O is on the left hand edge, with power input, headphones and the two SD card slots on the right. Putting the connectors on the sides rather than the back suits some setups better and others worse; it depends on the specific use case.

Otherwise, the only convenience issue is that the two balanced audio inputs are on miniature XLRs, a necessary consideration to maintain a reasonably slim device. People who do the same rig frequently might choose to make up the necessary leads as a single piece, which is straightforward given the easy-to-find and easy-to-solder connectors. 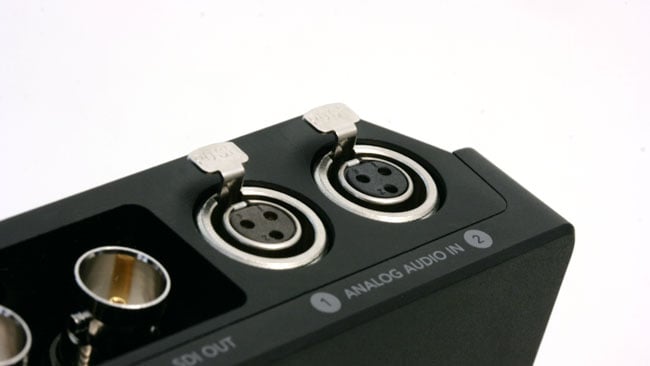 While the miniature XLR connectors require adaptors, the connectors are readily available and low cost

The battery plates take LP-E6 batteries – stills camera batteries, fundamentally – which reinforces the impression that the Video Assist is designed to support DSLR people, who may already have suitable power on hand. In a nice touch, it'll recharge the batteries while on external power, which involves the inevitable coaxial DC connector. This should really be a locking type, given that the device may be recording the whole show.

As a software-defined device, what the Video Assist can do is defined by the code it runs. The featureset begins with coverage of ProRes and DNxHD (plus the expanded DNxHR option), with the option to record the DNx codecs into QuickTime format, or into MXF files as of the latest update. The update also expands DNxHD options to include 220, 145 and 45. The highest-level ProRes option is HQ, which will exercise even quite high end SD cards in 4K.

SD cards will make HD shooting very affordable, although really fast UHS-II/U3 cards, capable of writing at 180 megabytes per second, are about the same price per gigabyte as SSDs if high-bitrate 4K recording is the goal. If we only need HD, then the Video Assist can record all day very cheaply on media available at a convenience store.

Blackmagic maintains a compatibility guide for various types of card at various bitrates, and as a bonus, SD cards enjoy a degree of backward compatibility that means they're generally readable in less up-to-date readers, such as the inbuilt card readers on laptops. Performance may not shine, but it's one less piece of gear to carry. USB3 readers are, of course, fast. 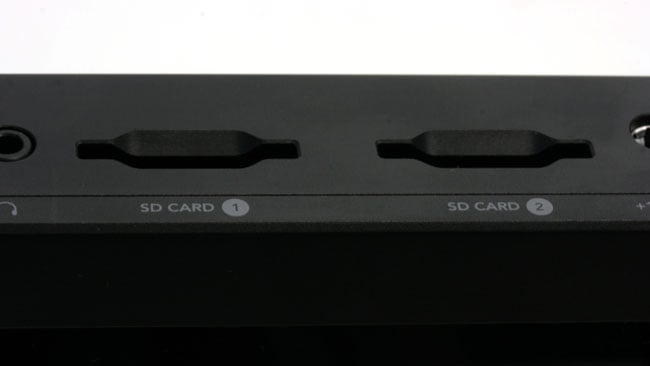 HD recording to SD cards is very low cost; the higher bandwidth 4K options are at least competitive with SSDs, and with more compression can be cheaper

As a recorder, then, the Video Assist is a solid low-cost option. As a monitor, it's a particularly cost-effective route to a device that displays LUTs, which are more or less a necessity of modern monitoring. The provision here is straightforward, with the option to store and select from up to six LUTs which are not burned into either the recording or the SDI output. The technical monitoring options are fairly conventional, with false colour and variable colour peaking, histogram, and one-to-one zoom for focus. It's possible to disable the (occasionally irritating) automatic screen flip.

The list of features you might want with a product like this is limited only by the user's imagination, but there are nonetheless things we might hope to see in the future. It isn't currently possible to scroll around the magnified focus view, which is a hugely useful feature on the Ursa Mini camera. Elsewhere, a waveform monitor is more informative than a histogram, and if we were really pushing the boat out the option to pass the LUT on to downstream devices would make the Video Assist a worthwhile option simply as a 4K LUT box, especially if Blackmagic chose to jump the competition and include some sort of user interface for on-the-fly creative colour design (possibly based around the ASC CDL). Few things can do this. 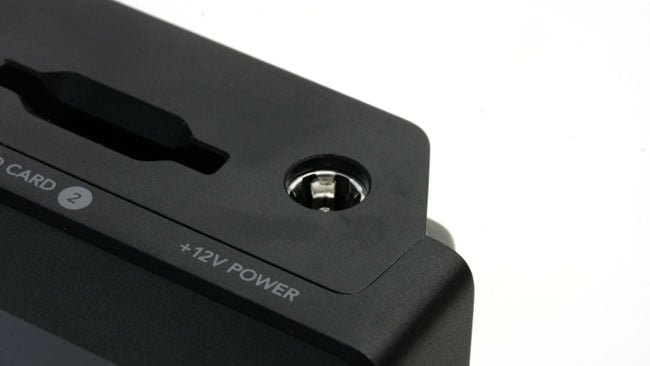 The Video Assist takes Canon-style DSLR batteries or 12V DC; handily, it can charge the batteries from the DC input

Firmware 2.3 makes the Video Assist useful; the LUTs, really, are a necessity. It also remains a product of much potential. Practically everything of this sort is built out of reprogrammable parts nowadays, and the limits to what it can do are controlled largely by the amount of engineering time the manufacturer is able to put into writing code. The release of an update is therefore a good and worthwhile thing; we'll watch with interest for more in the future.