Teradek has a new addition to the Bolt family 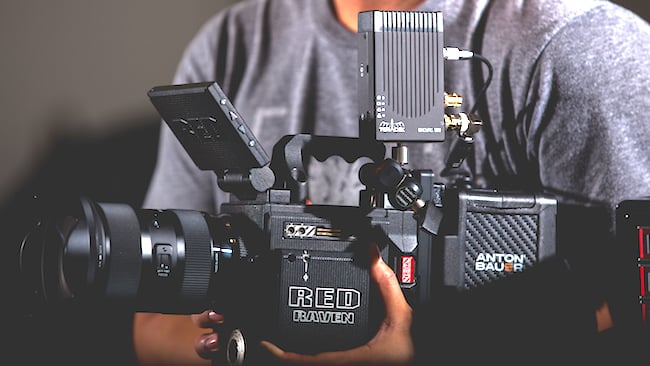 The new Bolt 500 mounted on a RED RAVEN

Teradek’s new Bolt 500 provides productions with 500ft of zero delay, HD wireless transmission in a smaller form factor than ever before.

The Bolt 500 opens up flexibility at the lower end of range needs, providing a 500ft (152m) visually lossless, AES-128 encrypted signal for $2990 and, more importantly for anyone using it on a production, no delay.

What’s more, it’s 20% smaller than the Bolt 300 and lighter too, weighing in at 217g and contained in a 24 x 66 x 102mm chassis, all of which should help it integrate into most camera rigs with minimal impact.

Two new DFS channels will help it operate interference-free more often in the USA and Europe, while reconnect times during a dropped link are now instantaneous once the operator moves back into range. Supported resolution ranges up to 1080p60.

Teradek also claims that its new software provides the most robust wireless link the company has ever created, while a built-in HDMI to SDI converter allows the user to connect both an on-camera monitor and video source via the same device.

Availability is immediate and, if you want to know where it fits in the range, below it resides the shorter range Bolt 300 ($1990) while the next choice upstream is the Bolt 1000 at $5490. In other words it plugs a rather decent gap.