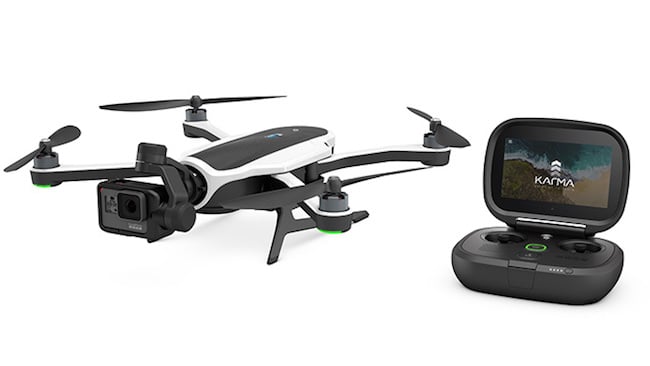 In what could be thought of as a bit of a nightmare scenario for GoPro (although it is also a textbook example of burying bad news on a day when the world is looking elsewhere) its new Karma drone has just been recalled.

The recall applies to all Karma drones, and the company is stressing that existing owners should all send their aircraft back regardless of whether they appear to be operating okay or not.

The reason appears to be because of some random power failures in some aircraft, which, of course, is a major safety issue. It is clear that GoPro believes that these failures are not down to user error.

This has come at the worst possible time for the company. With announced losses of $84m last November, it desperately needed a product that would reinvigorate its fortunes. The Karma was one of those products that it had pinned its hopes on.

With the company's lack of experience with drones, there were bound to be teething problems. But this is sure to be a major blow. However it is commendable that it has taken what must have been a very difficult decision, rather than sweeping the problem under the carpet.

Full details of the recall for existing customer can be read on the official GoPro website. It appears that all owners are eligible for a full refund, with the drone being pulled from the market until the issue has been rectified.