How to make good films: throw away the rulebook 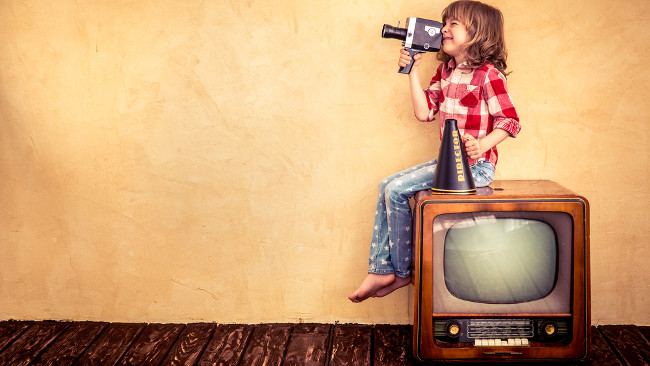 Opinion: While many will argue for rigid adherence to cinematographic rules and standards, the real art is in effectively breaking the rules.

Do you like watching boring films and video? No? I don't either. Yet, how many of us end up creating just that very thing at the behest of a client or from feeling a need for a security blanket?

The quandary we face is that, while we would love our work to stand out and be interesting, it takes a lot of confidence to experiment or try new things when you have a paying client breathing down your neck!

It is a paradox that we know full well that we need to be making visually interesting looking videos and stories, yet at the same time it is so easy to fall back to our default safe zone. It is bad for the viewer and for our development as video professionals.

The spice of life...

There was an interesting study recently about what makes someone truly elite level at what they do. One of the overriding things that they found was that, far from being simply the amount of practice that was put in, it was the fact that a given person constantly pushed themselves out of his-or-her comfort zone, trying new things, that made all the difference. In other words, it was the variety in their practice that made their skills stand out.

Practicing what we know makes us good at those same actions, whereas trying new techniques and skills allows us to adapt to a wider variety of circumstances. Nowhere can this be more prevalent than when it comes to cinematography. Different Directors of Photography and lighting camera operators will often have their preferred style and method of lighting, as well as framing of a shot. For a feature film, it may be easier to experiment, because an artistic brief is given, and a Director of Photography will often run tests well before shooting.

When it comes to corporate work and production at a much lower tier, experimentation can be at the risk of having your proverbial head cut off. There often isn't that luxury. And yet, it is so important that we do not stagnate. Another factor is that we are conditioned to 'rules' of cinematography. We all know about the Rule of Thirds. That pesky theory is brought up in any basic lesson about framing and one that really should be banned by law!

Ban the Rule of Thirds? Indeed, yes. No other theory or lesson in cinematography has bred dull framing and composition like this one. Like a broken record, it is an idea that, in some circles, has become a definitive law of framing that cannot be broken. Yet, there are so many other methods of composition that can be used – if, in fact, following rules is your thing.

Transferring this into how you convey things on screen is important and will help your work stand out. For example, if you are making a promo for a company that likes to come across as quirky, don't just expect their quirkiness and personality to come across by following the same old conventions or merely relying on the editing to do the work. Assist it along by using quirky composition, too.

We have all been taught, at one point or another, that framing from a low angle makes someone look powerful, while framing from above makes them look diminutive or subservient. Once again, these are rules that do not always apply. It all depends on the circumstance and how things are framed in the context of the entire composition, as well as the type of lens that has been used.

It can be a difficult thing to do, as I alluded to at the beginning of this article. Things can be made worse if you have a director who is very 'safe', too. I remember all too well when 16:9 came onto the scene and I was constantly told to frame the shot in a way that gave a 'head in a box' effect. "You've cut off the top of their heads," I kept being told. Well yes, I had cut off the top of their heads, on purpose. Yet, some directors would not relent and instead preferred their close ups with the talents' chin resting on the bottom of the frame, purely because it satisfied their idea of headroom!

Stupid? Of course, yes. But, it goes to show how such a rigid adherence to an interpretation of framing rules can be completely detrimental to the final result – not to mention the fact that following rules makes things very dull indeed. After all, who doesn't like a rule breaker?

It was WW2 flying ace, Douglas Bader, who put things most succinctly when he said, "Rules are for the obedience of fools and the guidance of wise men." Following this advice will likely involve you going outside of your comfort zone, but then this is what will keep your creative juices alive and your skills developing. Don't be afraid of experimenting. Be afraid of not experimenting!