The importance of beards to filmmaking — or not 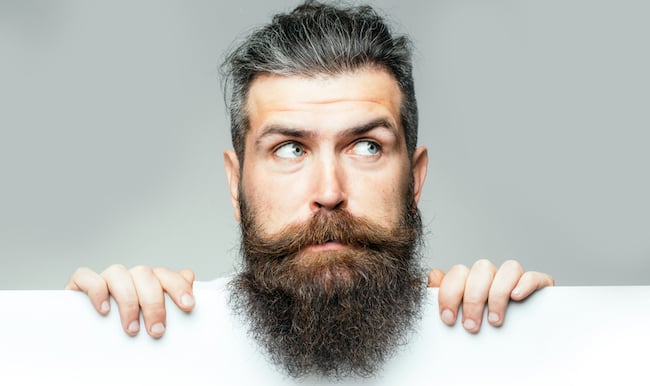 One of these could prove essential to your filmmaking career

Phil Rhodes on survivorship bias, becoming a director, and the sort of muddled thinking that leads people to see correlations where none exist. After all, if it worked for the Church of the Flying Spaghetti Monster…

In order to be a successful filmmaker, it's crucially important to wear a beard, at least during the first part of your career, then shave it off later. This is likely to be inconvenient to women, but I don't think there's any doubt that it's true nonetheless. I'll explain why in a moment.

The film and TV industry is one in which a lot of people give and take a lot of advice on the general subject of entry and advancement into what's clearly an uncertain and rarefied field. The specifics depend on people's desires: there are people who want to crew, and to become career camera assistants. There are people whose life goal is to compose soaring orchestral scores for motion pictures. There are really enormous numbers of people who want to be able to produce any script of their choosing while having someone else pay for the exercise, then release it widely, overlooking the fact that there are probably a dozen people in the world who really get to do that. Never mind – these are all understandable goals, regardless of whether the target is film, television, or the art of the pastry chef.

All this hunger for success, laudable as it may be, can create confusion, especially in fields where there is no officially-sanctioned path to greatness. People who want to become doctors must, by law, attend medical school. Airline pilots need certification. Most roles in filmmaking, conversely, require absolutely no formal qualifications whatsoever. Practical exceptions in many jurisdictions include things which involve safety hazards: electrical work, pyrotechnics, firearms and some types of overhead rigging, which may be difficult to insure if not done by people with certain paperwork.

In general, though, one is free to become an Oscar-winning director without so much as a post-16 certificate in inhaling and exhaling.

In one sense, this is agreeably egalitarian. In another, it leaves ambitious beginners – particularly young people – with no clear avenues of advancement to pursue, and this vagueness creates vulnerability. Particularly, there's a tendency to dissect the careers of people who have already achieved the intended goal and attempt to do the same.

Filmmakers such as Robert Rodriguez, who wrote an extremely entertaining book about his early efforts in filmmaking (Rebel Without a Crew, concerning the production of El Mariachi), are often taken as role models. The book is a great read and Rodriguez comes off as likeable and down-to-earth, but there are huge risks: the circumstances in which he found himself may simply not apply to anyone else. In fact, his success was rather sudden and breakout in nature. It's really pretty unlikely this will happen to anyone else, even if they behave in exactly the way Rodriguez did.

This takes nothing away from Rodriguez, who should be congratulated on his good fortune as well as on his ability and determination. It does, however, illustrate a problem that logicians would call survivorship bias, where we concentrate excessively on the very small number of success stories without considering – at least in terms of film and TV – the enormous avalanche of people who'd have liked to do the same thing and for whatever reason didn't, even if they were capable of doing so.

Survivorship bias, like many kinds of selection bias, provokes overoptimism because it overlooks failure. Overlooking failure is not laudable; it's myopic, and it creates problems. In some societies, this article risks being seen as excessively negative and miserable, but really the opposite is true: it's about avoiding foreseeable traps. Over-optimism is not a positive character trait.

A field as rarefied as film and TV, where we fête successful people so prominently, has a very profound tendency toward survivorship bias. In reality, the paths taken to success are so varied and so dependent upon circumstance that beyond the obvious, almost no realistic advice can be given.

Except, of course, the only absolutely inarguable point: that it's a good idea to wear a beard when you're young, and shave it off later. After all, that's what James Cameron did, and look where it got him. The only reasonable conclusion is that some sort of facial topiary is absolutely essential.