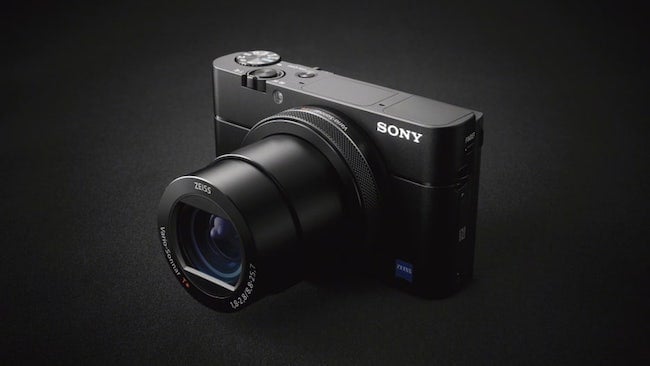 The Sony RX100 V: a fifth generation camera in a remarkably short time

Sony’s fifth generation ultra-compact looks to be an extremely capable 4K shooter for the money.

The second camera at Sony’s press event yesterday was the RX100 V (you can read more about the headline-hogging Sony a6500 here).

As we’ve already informed you, the RX100 V is the latest in its ultra-compact Cybershot line. Following a recent trend of new features in prior cameras finding their way to newer cameras, the RX100 V inherits several features present in the a6300. Hybrid autofocus with .05 sec acquisition and 315 AF points positions the RX100 V as the fastest autofocus of any compact camera on the market. While there are fewer AF points than the a6300, this autofocus system combines traditional contrast-based AF with phase detection AF, all facilitated by a CMOS sensor with DRAM chip as on other Sony devices as well as an entirely new LSI processing chip.

From a still camera perspective, the RX100 V can achieve continuous shooting at speeds up to 24fps using the full 20.1 megapixel sensor, allowing up to 150 shots with full AF tracking.

This moves us to the video features of the camera as this continuous autofocus is also available in the camera’s video modes. The camera’s Anti-Distortion Shutter (with speeds up to 1/32000 sec) virtually eliminates rolling shutter artefacts in still mode and greatly reduces it in video modes. This is a claim we will certainly need to test once demo cameras become available to us, but it is certainly an interesting one.

The camera can record in resolutions up to UHD 30p and Full HD at 60p. High frame rate options allow shooting at 240fps, 480fps and 960fps. The 40x (960fps @24fps) mode can record up to 8 sec bursts, so do the maths to figure out how long a slo-mo clip can be acquired. It can also record 120fps Full HD. Preset but user-modifiable picture profiles are also available with Slog2/SGamut available. Codec remains XAVC-S.