The impressive new Sony a6500 raises the sub-$1500 mirrorless bar 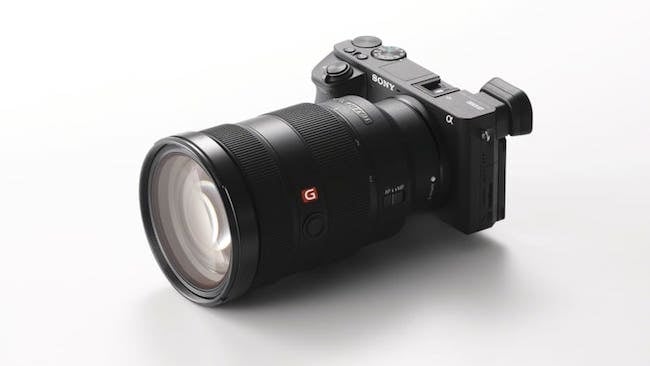 The new Sony a6500: a powerful addition to the APS-C range

With 5-axis image stabilisation and 307 frame burst shooting, the $1400 Sony a6500 represents a serious amount of mirrorless camera for the money. Indeed, Ned Soltz was so impressed at the launch event that he’s buying one.

As we published earlier, Sony introduced two new still cameras with video capabilities at its October 6 press event in New York: the a6500 and the ultra-compact RX100 V.

Sony introductions always bring together some hundred journalists to hear from Sony executives and product managers, kick the tires and just generally to network and share impressions with each other. This year Sony chose to make this a worldwide introduction and it was streamed live on the Sony Alpha Universe Site.

You can read more about the RX100 V here. But, for the meantime, here’s all the detail — and our first impressions — of the new Sony a6500.

Sony touts today’s introduction of the a6500 as the flagship camera of its APS-C line. The a6000 and a6300 will remain in production.

The a6500 adds a new LSI chip to enable the camera to shoot up to 20sec continuous still images while maintaining autofocus. That translates to up to 307 frames in one burst. It shares the autofocus system with the a6300 but adds a major upgrade borrowed from the A7R II and one which is of particular interest to video shooters of this camera: the sensor now includes 5-axis on-board stabilization. What’s more, this stabilization system will work with any lens which can be mounted to the camera since it is sensor-based rather than lens based.

Sony IS lenses are stabilized on two axes, and when the camera detects such a lens, it will only utilize the other 3 axes from the sensor. Video shooters can take particular advantage of the roll axis. Combining this stabilization and the LSI chip variant of the RX100 V chip, rolling shutter should be greatly reduced. Once again, this is a claim that we must test when demo cameras become available to us.

The obvious question then is whether it is worth it. At the outset, I will confess that I find my a6300 to be one of the finest popularly-priced still cameras I have ever shot with and have used video clips from the camera. In fact, after reviewing it, I was so impressed that I went right to my favourite NYC camera store and bought one. So the question of value becomes a personal one for me as well—is it worth selling my 5-month old $1000 a6300 to acquire a $1400 a6500.

I’ve shot with the A7R II with the IBIS stabilization system and reported on that Alaska shoot with both the A7R II and the a6300. The on-board stabilization enabled me to catch some wildlife shots as well as shoot video from a moving jet boat with far less shake than the a6300 with Sony image stabilized lenses. For me, personally, that feature alone justifies the price differential. In still work, enhanced stabilization means a couple of extra stops of exposure saved. For video work, it makes the camera a much more versatile tool.

Personally, I have decided on the basis of today’s announcements and some limited hands-on time with pre-production cameras to buy the a6500. Ultimately, as with any product, it is the market that will determine the value. The a6000 was Sony’s best selling mirrorless camera ever and the a6300 has been a top seller for very legitimate reasons. I have no doubt that the a6500 will complement the Sony APS-C line and will capture a significant market share.