The Canon 5D Mk IV and why it uses MJPEG 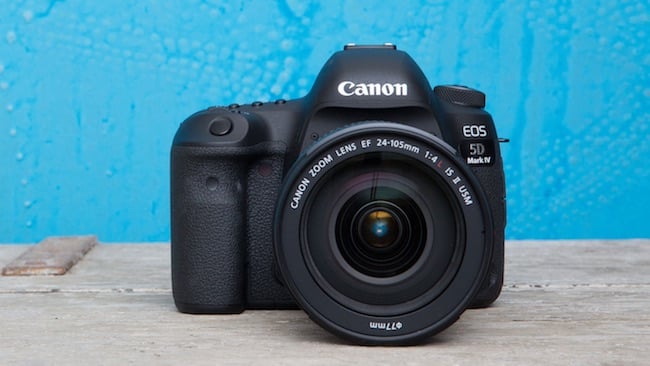 Want to know why Canon still uses MJPEG, especially in the new 5D Mk IV? It’s all about quality and a tradeoff between large file sizes and having a really good codec for high resolution imaging.

Last week we visited Canon USA's headquarters building near New York, located off the Long Island Expressway. It's an imposing, environmentally friendly building over 500 feet long and housing around 1,700 employees. Opened in 2013, it's an impressive reminder of Canon's size and strength as a company.

While we were there, we had a chance to speak to Senior Technical Specialist for Canon USA, Drew MacCallum. We wanted to ask about Canon's decision to go with MJPEG as the 4K codec for the Canon 5D Mk IV — the new Full-Frame, 30 megapixel camera that's the latest incarnation of this famous product line. It's famous, of course, for introducing cinematic-style digital video to the masses at an affordable price.

The new camera has dual-pixel AF in both still and video modes, a touchscreen interface, Dual cards (CF and SD). It's also the first in the 5D range that sports 4K video.

Interestingly, 4K capture is via a 1.7 times crop. While this might sound quite drastic, according to Drew, this only reduces the frame size to approximately the same as a Super 35mm sensor. "Not as drastic as some would expect.”

The 5D Mk IV and MJPEG

I asked Drew what were Canon's reasons for using a ‘venerable’ codec like MJPEG.

"Motion JPEG gives us a really high quality file,” he said. “We're getting frame for frame for frame. Every one is a still image. It's maybe not the most "playback ready" [format]; you’re not going to shoot and then put it straight on the web, for the most part you're going to do some editing with it. But it does give us that high quality.

"It does have large file sizes but it is high bitrate, high colour depth: it's a really good codec for high resolution imaging."

Drew shed some light on the background thinking behind the 5D series.

"We used to have some video cameras that you could extract still pictures from, but virtually nobody did that. When the 5D Mk II came out, people working in still photography and multimedia were able to make video sequences in 1080p. The video shooters were able to say ‘Wow, I've got a really good still camera that I can shoot behind the scenes or reference pictures with.”

None of this surprises me. If you search RedShark, you'll see that I've always felt that the 5D series (and the 1D C) were primarily still cameras that happen to be able to make amazing video. While the MJPEG codec is a surprising choice for some, it isn't for me. JPEG is still the dominant codec for still photography. It's universal.Virtually all software can read it. And if you're mainly (or completely) a still photographer, it makes sense to capture your video in a codec that you're familiar with, which delivers good looking video straight out of the camera, and which allows you to easily extract stills from video at a very high quality.

Thanks very much to Drew and the rest of the Canon team for hosting us at their headquarters!