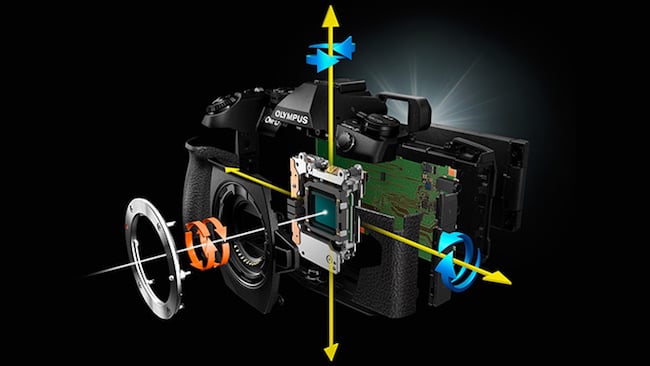 Stop the world, I want longer IS

One of the headline features in Olympus’ newly announced and impressive E-M1 Mark II camera is its 5-Axis Image Stabilisation. What is jaw-dropping about it though is that it would be even more sensitive if Olympus could just stop the Earth’s rotation.

Olympus and Panasonic both now have powerful dual Image Stabilisation systems that combine the workings of in-body stabilisation with optically stabilised lenses. Indeed, couple the new E-M1 Mark II with the M.ZUIKO Digital ED 12-100mm 1:4.0 IS PRO and Olympus claims that you can achieve a rather stunning 6.5 shutter speed steps of correction.

And that might be as good as it gets. Amateur Photographer conducted an interview with Olympus Deputy Division Manager, Setsuya Kataoka, and when asked about this (and whether the Olympus and Panasonic lenses would be cross compatible - physically yes, in terms of IS no) he offered the following:

“The in-body stabilization itself gives 5.5 stops, and the Sync IS gives 6.5 stops with OIS lenses. 6.5 stops is actually a theoretical limitation at the moment due to rotation of the earth interfering with the gyro sensors.”

The Earth rotates at 15º per hour, which translates into speed at anywhere between 0 and 1040mph depending on where you’re standing between the poles and the equator.

Now, if someone familiar with MicroElectroMechanical Systems (MEMS) and the workings of the Coriolis effect could just tell us whether it’s worth taking one of those cameras to the poles to see what IS we get there…

Via Petapixel and 43rumors.